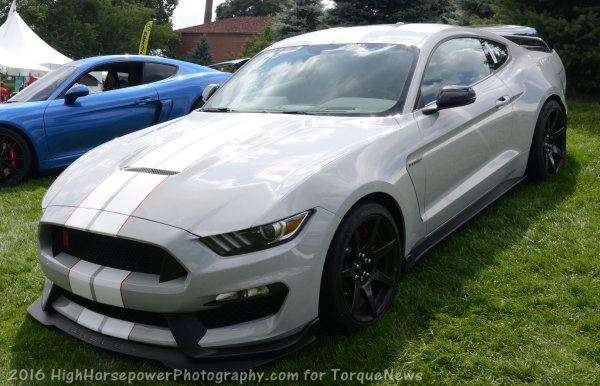 The Ford Mustang and the Dodge Challenger finished 1-2 in the muscle car sales race in July, marking the third straight month where the Chevrolet Camaro has been forced to settle for third place – as sales of the next generation GM muscle car continue to slump.
Advertisement

For the 21st consecutive month, the Ford Mustang is the bestselling muscle car and the bestselling sporty car in America for July 2016, beating the Dodge Challenger and the Chevrolet Camaro by significant margins. However, the Mustang’s continued success is only a small part of the story of the current muscle car segment – in which the all-new Chevrolet Camaro continues to struggle.

The Camaro Slump Continues
From the time when the 5th generation Chevrolet Camaro was introduced in late 2009 until late 2014, General Motors dominated the muscle car segment in both monthly and annual sales. The Camaro won the muscle car sales title every year from 2010 through 2014, claiming the vast majority of monthly wins along the way. However, since the 2015 Ford Mustang was introduced late in 2014, the Camaro has failed to come close to the Mustang in monthly sales.

This allowed the Mustang to cruise to the 2015 annual muscle car sales title, but we expected that. After all, Ford was selling a hot, new car while GM was still selling the Camaro which was effectively 5+ years old. Most people around the industry – myself included – expected that when the 6th generation Camaro hit the market, it would even the score and maybe even reclaim its title.

When the 2016 Camaro was introduced last year, it seemed like a sure-fire hit. It has an aggressive exterior, an improved interior, better fuel economy and better all-around performance. The 6th gen Camaro seemed like the perfect vehicle to drive Chevy back to the top of the sales chart, but the sales boom hasn’t come and at this point – it doesn’t look like it is going to come.

In July 2016, General Motors sold 5,520 examples of the Camaro – down 26.1% from sales last July when only the 5th gen Camaro was on sale. This year over year decline has been a regular occurrence, showing that the aging 5th generation models were seemingly more popular than the brand new 6th gen models. As a result of the poor 6th gen Camaro sales, the Chevy muscle car has mustered only 42,354 units sold through the first 7 months of the year, down 15.4% compared to the same period last year.

In short, things are looking bad for the Camaro and right now, they don’t seem to be getting much better. We will surely see a spike in sales when the new ZL1 and 1LE models arrive, but I have a hard time believing that those high performance models will help Chevy close the gap with the Mustang.

The Challenger Continues to Shine
For the third month in a row, the Dodge Challenger beat the Chevrolet Camaro to grab the second place spot in the muscle car class with 5,619 units sold – also making the Challenger the second bestselling sporty 2-door car in the US. Even though this iteration of the Challenger arrived at the same time as the new Ford Mustang, Dodge continues to see growth from their brawny muscle car.

On the year, the Challenger is down slightly, but Dodge is still well on pace to sell more muscle cars this year than they did in any year previous to the 2015 refresh and the arrival of the 707 horsepower Hellcat model.

The Mustang Races Ahead
The Ford Mustang continued its total dominations of the muscle car segment in July 2016, moving 9,565 units. This is a decline from June, but it is 12.8% better than last July. The Mustang continues to improve on the sales charts even though the Motor Company really hasn’t changed much or added anything to the car, other than the low volume Shelby models.

On the year, Ford has sold 72,530 Mustangs, down 5.5% from last year, but still far enough ahead of the competition that we can go ahead and say right now that the Ford Mustang will almost certainly be the bestselling muscle car in America for 2016. It is a very early prediction, but with a lead of more than 30,000 units, it seems unlikely that Chevrolet could pose any sort of run at the title by the year’s end.