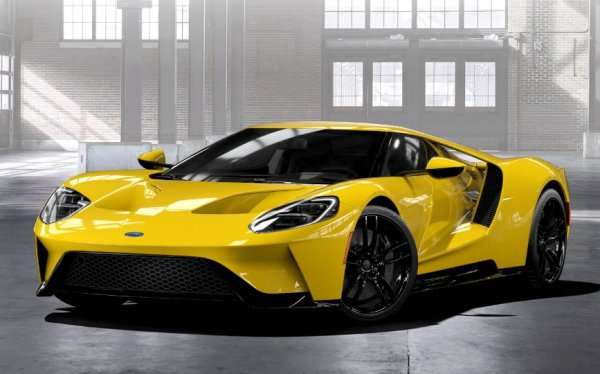 The first month-long order window for the 2017 Ford GT has closed and the Motor Company is now reviewing 6,506 applications for the upcoming supercar – and more than 6,000 of those people will be turned down.
Advertisement

We still don’t know how much the 2017 Ford GT supercar will cost, nor do we know how much power the midship EcoBoost engine will offer, but at the end of the first order window for the new high performance sports car, Ford Motor Company received 6,506 applications for the 500 cars planned for production. Also, as the company neared the end of the 30-day order window, 32% of those 6,506 were submitted in the final 6 days.

“We’re excited by the amount of enthusiasm fans are showing for the new Ford GT,” says Dave Pericak, director, Global Ford Performance. “This initial application window is just one of many ways fans and potential owners will have to connect with our all-new supercar even before it hits the streets.”

Intense Interest in the 2017 Ford GT
Ford Motor Company opened the first order window for the 2017 Ford GT just over a month ago with the launch of the special website and more than 200,000 people spent a few minutes playing with the configurator tool. More importantly, more than 10,800 inquired about buying the new GT and of those people – 6,506 completed the application process.

The Motor Company will now spend the next 90 days sorting through the applications, handpicking the 500 people around the world who will get to buy the 2017 Ford GT. In some cases, the applicants included videos explaining why they should be picked to buy the new supercar.

Ford has made it clear from day 1 that current and previous owners of the 2005-2006 Ford GT would have preference over an applicant who doesn’t. The automaker has also been clear that they want to sell the new GT to loyal Ford buyers, so someone who buys a great many Ford and Lincoln vehicles will also be more likely to be selected. Finally, the company wants people who are actually going to drive the new GT and serve as a brand ambassador, so those videos showing applicants racing or driving other high performance cars could play a role in getting someone a 2017 Ford GT.

Ford has also stated that the 2017 GT will be in the hands of some buyers by the end of 2016, so the first units should be delivered within the next 6 months or so.

Even though the order banks are now closed for the 2017 Ford GT, www.FordGT.com is still up and running for us dreamers to continue building our ideal Blue Oval supercar.