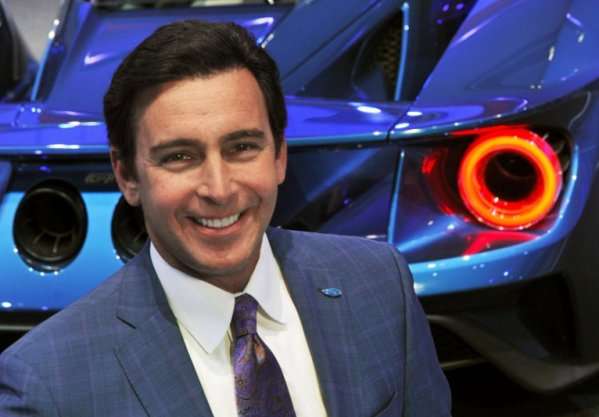 Ford Motor Company announced this morning that Chief Executive Officer Mark Fields has “elected to retire”, although when the news of Fields’ departure first broke last night – it was reported by Forbes that the head of Ford had been fired.
Advertisement

At 11:14pm last night, Forbes.com reported that Mark Fields, the Chief Executive Officer and long-time member of the Ford management team, had been fired.

This morning at 9:45am, Ford Motor Company held a rather sudden press conference to announce that the new Chief Executive Officer of the automaker is James P. Hackett. In the accompanying press release talking about Hackett’s new role as the CEO of Ford, the automaker stated that “elected to retire from Ford after a successful 28-year career with the company”.

Fired or Retired?
When Forbes first broke the news last night of Mark Fields’ departure from Ford Motor Company, they explained that in speaking with an unnamed insider, Fields had been fired because the board of directions and Bill Ford had “(lost) confidence in Fields’ leadership abilities”. The Forbes report went on to explain that one insider stated that “without Alan (Mulally), it’s back to the inmates running the asylum.”

In short, the Forbes report stated that Fields had been fired after less than three years at the helm because the shot callers weren’t happy with his performance since taking the reins as CEO.

Not surprisingly, when Ford Motor Company issued an official statement this morning, the automaker was far less harsh. In fact, there was no mention of Fields being fired, as the release stated that he “has elected to retire from Ford after a successful 28-year career with the company.”

The press release also included the following:
Bill Ford and Ford’s Board of Directors thanked Fields for his significant contributions to the company.

“Mark Fields has been an outstanding leader and deserves a lot of credit for all he has accomplished in his many roles around the globe at Ford," Bill Ford said. “His strong leadership was critical to our North American restructuring, our turnaround at the end of the last decade, and our record profits in the past two years."

Other than that, the statement was all about Jim Hackett and other new roles within the FoMoCo management team, so Fields was practically an afterthought in the whole process – lending credence to the suggestion that Fields retired because he didn’t have any other choice.

Realistically, when someone in a position of power like the CEO of Ford plans to retire, it is announced well in advance and in most cases, the person stepping into that role is announced in advance as well. When Alan Mulally planned to retire, it was announced a months in advance, so when the time came for him to step down – everyone was prepared for it. Everyone include Mark Fields, who stepped into Mulally’s old role at CEO.

That was back in the middle of 2014, so although he has spent 28 years with the company, after less than three years as the CEO, Fields has suddenly retired without any advanced notice – making it sound far more like a firing while allowing him to save some face. After all, electing to retire suddenly looks better on the resume than being fired.

Fortunately for Fields, he was one of the best-paid people in the automotive world, so even if he doesn’t get a new job right away – he shouldn’t run into any money problems.

Jim Hackett – Ford’s New CEO
Replacing Mark Fields as the CEO of Ford Motor Company is James P. Hackett, or Jim Hackett, as he is called in the press release announcing his new role atop one of the world’s biggest automakers.

Hackett is 62 years old and since March of 2016, he has been the executive chairman of the Ford Smart Mobility division. Prior to that, he served as the interim athletic director for the University of Michigan and before that, he had a long, successful career as the CEO of the office furniture company Steelcase.

“We’re moving from a position of strength to transform Ford for the future,” Bill Ford said. “Jim Hackett is the right CEO to lead Ford during this transformative period for the auto industry and the broader mobility space. He’s a true visionary who brings a unique, human-centered leadership approach to our culture, products and services that will unlock the potential of our people and our business.”