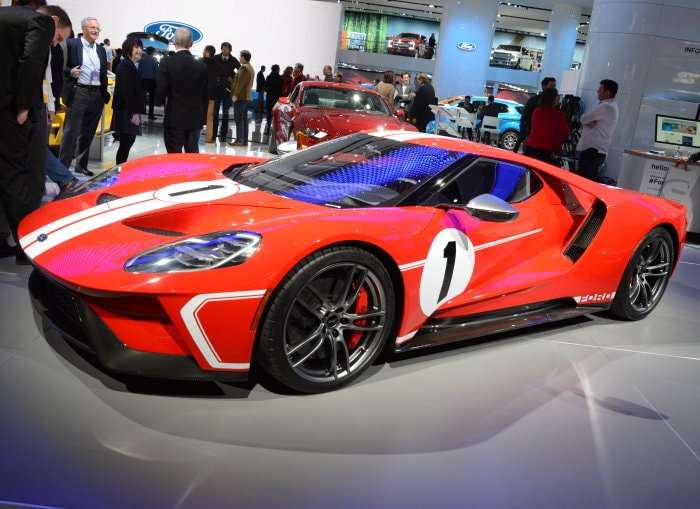 Ford Motor Company originally planned to produce 250 examples of the Ford GT supercar for 2017 followed by another 250 in 2018, 2019 and 2020, but during the first year of deliveries, the automaker came up well-short of their planned production volume.
Advertisement

When the production plans for the new Ford GT were announced back in 2016, the company intended to make a total of 500 units over two years for the entire world. That meant that for the whole world, 250 examples of the 2017 GT would be built and 250 examples of the 2018 GT would be built, but when the company saw huge interest in the $400,000 supercar, they expanded their plans to include two more years of production – with 250 more units in each of those years.

In other words, Ford plans to produce 1,000 examples of the GT over the course of four years, but according to a report from Motor Authority, the company fell way short of their first-year plan. To be exact, Ford delivered only 138 exampled of the 2017 GT, coming 112 units short of the planned production numbers for each model year.

Production Struggles
The Ford GT is not built by Ford. It is actually built by a Canadian firm named Multimatic – the same company that builds the Ford GT race cars – and that was where the problem lies in the production plan. Multimatic had planned to build the 2017 Ford GT at the rate of one car per day. That doesn’t sound like much, but that was actually a big work load for a shop that is used to spending a much longer time building a race car.

2017 GT production began in December of 2016, but Multimatic wasn’t building cars at the rate of one per day until sometime in the middle of the 2017 calendar year. Between the longer-than-expected production ramp-up process and some supplier issues that clogged things up, Ford and Multimatic fell 112 units short of their planned production volume for 2017.

The good news is that the company does expect to meet their planned production volume of 250 units for 2018, but what about the 112 2017 cars that didn’t get built? Well, Ford didn’t exactly tell Motor Authority when they would build those 112 GT supercars, but a spokesperson stated that they will build the car for “at least four years” and they do still plan to build all 1,000 units.

Production Possibilities
Ford could do a few different things to make up those 112 units that didn’t get built for 2017. With the production facility finishing cars at the rate of one per day, it seems that they could make more than 250 in each of the next three years. If Ford made 37 extra cars in each of the next two years and 38 in the final year, they would have made up those lost units. That means that Multimatic would need to build 287 cars in 2018 and 2019 and 288 in 2020, which when combined with the 138 GTs made for 2017 would add up to 1,000 units in total.

Of course, the company could extend production to a fifth year and build those 112 units in 2021, provided that the Motor Company could work out a deal with Multimatic. Considering the fact that Multimatic played a role in the shortage in year-one, working extra days over the next few years or extending the production plans into 2021 should be an easy fix.