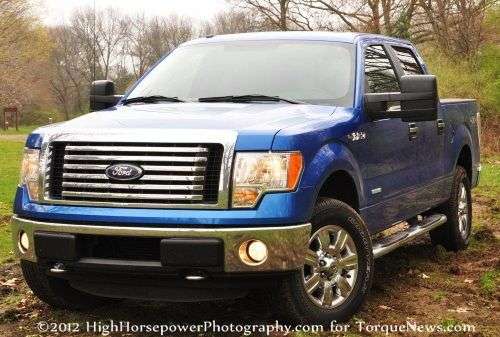 Ford and Lincoln both grow in August 2012

August 2012 was long, dry months for many parts of the United States but it was another good month for the Detroit automakers and Ford Motor Company posted a strong month – with both the Ford and Lincoln brands showing positive growth last month.
Advertisement

In August 2012, Ford Motor Company sold 197,249 vehicles with a mix of 62,650 cars, 71,374 trucks and 63,225 Utilities including SUVs and vans – all combining to give the Motor Company an increase of 12.6% over the same month last year. This places Ford Motor Company above General Motors in terms of growth but below the Chrysler Group. However, with 189,108 vehicles sold, the Ford brand gave FoMoCo the bestselling single brand in the US market – besting Chevrolet by almost 20,000 units.

The Ford brand of cars, trucks, vans and sport utility vehicles combined to make for the bestselling single brand in the US market and with almost 190,000 units sold – the Ford brand posted a year over year increase of 13.1%. With an increase of 36.8%, the Ford Escape was the brand’s top model in terms of growth thanks in part to the arrival of the redesigned 2013 Escape. The Ford Focus was the second best model in terms of growth with a jump of 35.3% and the Ford Explorer was third in growth with an increase of 33%. The Explorer sales growth is especially important when you consider the fact that the Dodge Durango – which is arguably the Explorer’s biggest competition – saw a hefty decline in sales growth in this past month. The Ford brand was, as always, led in sales by the F-Series pickup with 58,201 trucks sold last month. The aforementioned Escape was second in sales with 28,188 units sold and the Ford Fusion was third with 21,690 units sold. Ford can continue to expect things to improve as the impressive 2013 Ford Fusion hits dealerships around the country.

With an improvement of just 1.7% in August 2012 compared to the same month in 2011, the luxurious Lincoln brand was reported the lowest year over year increase but even the smallest increase is better than no increase at all – and it is better than negative growth. Lincoln was led in growth by the roomy MKT sport ute with a jump of 48%, followed by the MKZ with an increase of 42.4% and the MKX was third with an increase of 27.8%. In terms of sales, the Lincoln MKZ (cousin to the Ford Fusion) was the best model from the Lincoln brand with 3,327 units sold with the MKX was second with 2,518 units and the MKS was third with 1,019 flagship luxury sedans sold in August 2012.

Things could be better for the Lincoln brand but things could also be a whole lot worse. Ford Motor Company has promised the luxury brand new models in the coming year and with auto show season rapidly approaching – we could soon have a look at the new models expected to help Lincoln compete with the juggernaut that is the Cadillac brand.