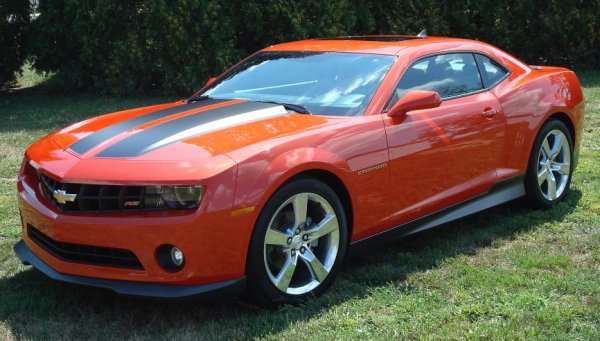 When General Motors announced that they were recalling every single 5th generation Chevrolet Camaro, it created quite the stir in the Camaro community as owners rejected the idea of trading in their switchblade key for a boring individual key and fob combo – but I have learned that Camaro owners can opt out of the key replacement recall by signing a simple form.
Advertisement

General Motors found that when you hit the one-piece key fob setup that is used across the entire 5th generation Chevrolet Camaro lineup with your knee, it can knock the key out of the Run position. When that happens, the engine shuts off and the driver loses both power steering assist and power braking assist. Because of this, GM decided to recall every single 2010-2014 Camaro to exchange the one-piece switchblade style key fob for a smaller key that is independent of the fob, thus making it much more difficult to hit the key with your knee.

However, some Chevrolet Camaro owners thought that the recall was unnecessary and they had no interest in trading their switchblade keys in for a 1990s style key. These owners began thinking of ways to deal with the recall without losing their keys, but one TorqueNews reader has some very good news for those folks who oppose the Camaro key recall – you can opt out of this recall and keep your switchblade keys.

Susan Wants to Keep Her Switchblade
One of the Facebook pages which regularly shares my articles from TorqueNews.com has a group of Camaro owners who are always willing to offer up their input on hot topics – especially those which pertain to the GM muscle car. This group was quick to voice their displeasure with the switchblade key replacement recall and one such member who didn’t like the idea of trading in her one-piece key for a two piece design was Susan Cox Sipes. Susan was quick to point out that when driving her Inferno Orange Metallic 2011 Camaro (shown above), she was not physically capable of hitting the key with her knee. She also preferred the look of the integrated key fob design so she simply wasn’t interested in trading her switchblade in for an old school key.

Well, this problem came to a head for Susan earlier this week when she took her Camaro in to the dealership in Greenwood Indiana for an oil change. While there, she inquired about the key recall, whether she had to trade in her switchblade keys and whether she had the option to opt out of the recall. The service department told her that she could indeed opt out, but she would have to sign a document explaining that she made the decision to not take part in the Camaro key recall.

In other words, Chevrolet Camaro owners who don’t see the need to trade in their switchblade key fob for a two piece unit can do so…they simply have to sign away legal responsibility in case they do shut off their car while driving. This is a good move by GM, as many Camaro owners think that the key fob recall is a stupid one and consumers shouldn’t be forced to accept work on their vehicle when there isnt any real risk of problems coming up without action by the driver.

In this case, the driver can prevent the problem from occurring by making sure that they don’t hit the key with their knee so 5th gen Camaro owners who feel safe with the big key, can keep their switchblade with nothing but a pen stroke.

A special thanks to Susan Cox Sipes for the information!

Terry Reals wrote on July 28, 2014 - 11:36pm Permalink
This is Old News, as I am the First One that stepped up to the Plate on Facebook and Notified my Local Dealership of the Recall before they even knew of such a Recall. I for one would Not , under any circumstance give up my Switch Blade Key Fob Key belonging to my car, as the chances of anything happening while I was driving my car, would probably be one out of a million! Also, I posted this Recall information on 11 different Camaro Facebook Pages and kept others abreast of Updates to this Recall, including posting a Recall Document on GM having the Dealerships have the Customers Sign a Work Order Declining the New Key Replacement and having the Dealership remove the Original Key from the Key Fob and Issuing them a Separate New Key! So, there you have it! Other than what I have posted, Everything else is Old News!
De'Angelo Sheppard wrote on March 28, 2016 - 1:57am Permalink
So can a new buyer opt out of the Switch blade key fob? Because I love those keys!