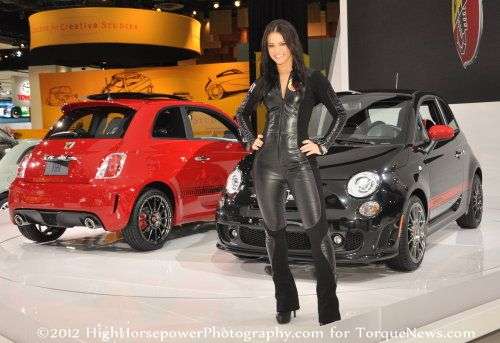 We previously brought you the news that both Porsche and Hyundai had suspended their business operations in Iran to show support for the global anti-nuclear campaign but the biggest hit yet came this weekend as Fiat SpA announced that they would cease operations in Iran effective immediately.
Advertisement

Fiat SpA announced that they were suspending all activities related to business in Iran, including their vehicles and components. The official reason for suspending business in Iran was to “support the international efforts for a diplomatic solution of the issues relating to the relations with Iran”. For those unaware, Iran is openly working with nuclear weapon technology but two groups – the United Against Nuclear Iran (UANI) group and New York City Public Advocate Bill De Blasio – have been working to suffocate the middle eastern nation’s auto industry in an effort to force Iran to end their nuclear program.

Hyundai was the first major automaker to pull out of Iran and Porsche was next, with the luxury automaker leaving Iran in April but as one of the biggest automakers in the world – it is a major announcement for Fiat SpA to support the anti-nuclear cause. Fiat is quick to point out that their operations in Iran were “totally immaterial in a quantitative and qualitative sense” or, in other words, this move will not have any real negative impact on the company. However, having such a massive company step up and support UANI could encourage others to do the same. Fiat also goes on to point out that their operations in Iran were strictly based in the commercial and civilian, presumably implying that they did not do business with the Iranian government who is now behind the controversial nuclear program. Click here for a look at the announcement of Porsche leaving Iran.

Like many smaller markets around the world, the Iranian auto industry had been growing well but with the global effort to prevent this violent nation, the removal of more and more automakers will slowly suffocate the industry. Not only does this have a negative impact on the Iranian economy but it also has an impact on the civilians who are left with fewer choices when looking to purchase a new vehicle. Having Porsche leave didn’t have much of a real impact on the people as most of the citizens of Iran don’t make enough in a lifetime to afford a Porsche. However, now that Fiat has joined Hyundai in suspending operations in Iran, we could see more support from those other major automakers like Toyota, Nissan, Peugeot, Renault, and Volvo.

In supporting the anti-nuclear initiative against Iran, Fiat protects its reputation in other (far more crucial) markets around the world. As more automakers pull out of Iran, there will be increased pressure for those companies still doing business in Iran to pull out. Should some of these companies continue to sell new cars in Iran, they stand the risk of facing heavy negative criticism that could impact sales in regions like the United States and in various markets around Europe. These companies still operating in Iran may see an increase in business as other automakers pull out but is the gain in Iran really going to be worth a negative impact in a major market elsewhere in the world?

Following the announcement by Fiat SpA, we are likely to hear of more companies leaving Iran but it is unclear who will be next. TorqueNews will continue following this topic – bringing you any news as it becomes available.