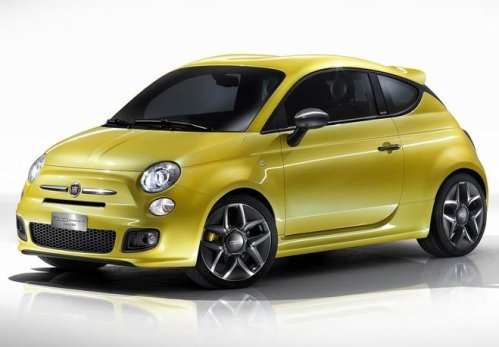 American Fiat dealerships had a tough task early on – operate successful business with just a single vehicle to sell – but the Fiat CEO Sergio Marchionne plans to fix that in a major way by 2014, with 9 different versions of the Fiat 500 in dealerships within two years according to Automobile Magazine.
Advertisement

Right now, the Fiat brand dealerships in the US offer the basic Fiat 500, the Fiat 500C convertible and the high performance Fiat 500 Abarth – a small lineup that has allowed Fiat dealerships around the country to combine for record sales in each of the past few months. However, by 2014 Fiat plans to add 6 more 500 models including an Abarth version of the 500C convertible, the 500L, the 500XL, the 500X Fouristrada, the 500 Zagato coupe, and the 500 Elettra EV. We know that some of these models are likely on their way to production, including the 500L and the 500 EV while others, like the 500 Zagato, have already debuted as a sexy concept car.

The first of these new Fiat models expected to arrive in American dealerships is the 500C Abarth later this year. Considering that the 500C already exists as does the Abarth modification package, it shouldn’t be hard for Fiat to get the open aired, high performance model to market.

The Fiat 500L has already debuted as a roomy concept with more seating and cargo room but in 2013 it is expected to arrive as a production model.

The Fiat 500XL is similar in design to the 500L that we have seen as a concept but, as the name would suggest, the 500XL is an even larger version of the Fiat 500L. The 500XL is expected to offer seating for 7 and with that much room, we would expect the 500XL to look more like a small minivan than a big Fiat when it arrives in 2013.

The Fiat 500X Fouristrada is slated to be a compact crossover that will still be based on the Fiat 500 that is slated to arrive in 2014. We would expect that the 500X Fouristrada will sit higher and have more of an SUV feel than the other large 500 derivatives like the 500L so while it likely won’t be doing much off-roading; it could provide an alternative for those who spent time driving on rough dirt roads and the like. Also, there will be a similar model based on the Fiat 500X Fouristrada that will likely sport the name “Jeepster” for (you guessed it), the Jeep brand.

Next, the Fiat 500 Zagato may come in 2013, sporting the same coupe design that we saw in the 2011 Geneva show concept car, shown above on the right. This model seems to be the least likely to see production but considering that this information is coming directly from company CEO Sergio Marchionne, we have our fingers crossed to see this sporty compact coupe in American dealerships.

Last and certainly not least is the Fiat 500 Elettra EV, which is slated to arrive in 2014 and this is among the models that is almost guaranteed to hit US dealerships. These are the electric Fiat 500 models that Marchionne has been quoted as claiming that the company will lose money on every vehicle sold at first but as the electric vehicle technology becomes more plentiful and less expensive – vehicles like the 500 Elettra will become more financially feasible for the Chrysler Group and Fiat SpA.

Of course, joining these 6 news models in US Fiat dealerships will be the original Fiat 500, the Fiat 500C convertible and the Fiat 500 Abarth. Hopefully, over the next two years Fiat will build the 500 Abarth and 500C Abarth in greater numbers as all of those units intended for production of the Abarth coupe have already been spoken for. The 500C convertible will likely also be offered in limited numbers, at least at first but as the Fiat brand continues to grow in the US – we expect even more interested in the already sold out high performance Abarth models.

LG's New EV Battery Plant Is a Welcome News for Tesla
Tesla Giga Berlin's New Hurdle: It's Not Only the Gov't, but Now Tesla Itself
END_OF_DOCUMENT_TOKEN_TO_BE_REPLACED