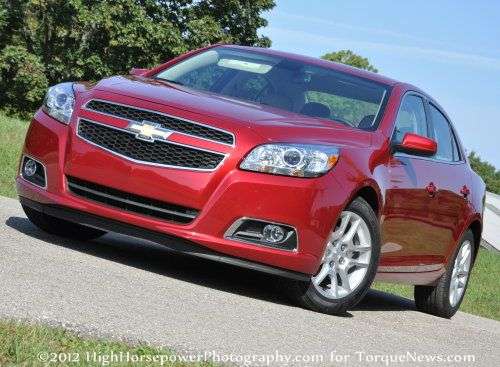 According to multiple sources, the United States Treasury Department has declined a plan by General Motors which would relieve the federal government of its portion of the American automaker that was gained via the “bailout loans” through GM’s Initial Public Offering (IPO).
Advertisement

General Motors proposed a plan to the United States Treasury Department earlier this year that would help the feds be rid of the portion of the automaker owned through the IPO with the company purchasing 200 million shares and the other 300 million released for public sale. The end result would be the US government giving up the 26.5% of GM that is currently owned with a large chunk of it going back into the portion owned by the automaker itself while the rest would be sold on the market to the general public. However, the United States Treasury Department has declined this plan as it would bring about a massive loss on the sale of the stock owned by the government.

The United States Treasury Department currently owns roughly 500 million shares of GM stock and that accounts to a 26.5% share of the American automaker. The feds were issued this stock via the GM IPO in November 2010 as repayment for the “bailout loan” granted to GM in 2009. The ideal was that the value of the GM stock would give the government something to show for the bailout loans and in the event that the price of GM stock would rise above the $33 IPO price – the government could essentially turn a profit on the stock issued in exchange for the bailout loans.

Unfortunately, the price of GM stock has gradually decreased since the IPO and the stock that was issued at $33 per share is now worth roughly $24 dollars (GM closed at 23.80 on Monday September 17th). If the government were to sell their 500 million shares of GM stock at the current price – the United States Treasury Department would stand to lose around $15 billion dollars. The government considers that to be a significant enough loss that they are unwilling to go along with GM’s plan to buy 200 million shares and introduce the other 300 million shares to the public for sale. Also, that loss of $15 billion is based on the current price and an introduction of 300 million new shares could send that price event lower…thus increasing the size of the loss on the 2008 “bailout” loans.

The good news is that the United States Treasury Department would consider the GM plan if the price of the stock were to rise into the 30s but it is unclear just how far into the 30s the price would have to rise before the feds would be willing to let their 500 million shares go. That bad news is that for the United States Treasury Department to break even on the bailout loans, the price of GM stock would have to get up to $53 per share and that seems to be something that isn’t going to happen right away – or at least quickly enough for GM and the many critics of the government’s involvement in the American automaker.

This probably comes as disappointing news to the folks at General Motors, as they company surely wants to be able to do business without Uncle Sam having say in major decisions. One of the most publicly voiced complaints by GM has been the fact that the Treasury Department has set a cap on the pay of top executives and the government has made sure that GM has stuck to those guidelines. This, in the opinion of the GM bosses, does not allow the automaker to pay their top executives at the same levels as their counterparts with other automakers – both in the US and around the world. However, the fact that these guys at GM are still making millions per year is likely to make John Q Public side with the government on the issue of pay ceilings.

This news comes at a time when the bailout loans are being scrutinized as a part of the Republican Party’s campaign for the Presidency of the United States. The fact that the government will almost certainly lose money via the stock issued as repayment for the 2009 bailout loans has become a negative point against the Obama administration but in the long run, the bailout loans helped to keep the lights on at GM while the company worked to improve their financial situation. The company is doing far better than they were in 2008 and 2009 (despite the stock prices) so in terms of preserving jobs and this massive American automaker, the bailout has been successful thus far. Unfortunately, the fact that the government will likely lose money when they do opt to sell their ownership of GM will likely continue to spur the “Government Motors” comments from those opposed to the bailouts.

Anonymous wrote on September 18, 2012 - 5:18pm Permalink
but gm said they paid all the bailout back already, and gm loyals beleived them LOL.