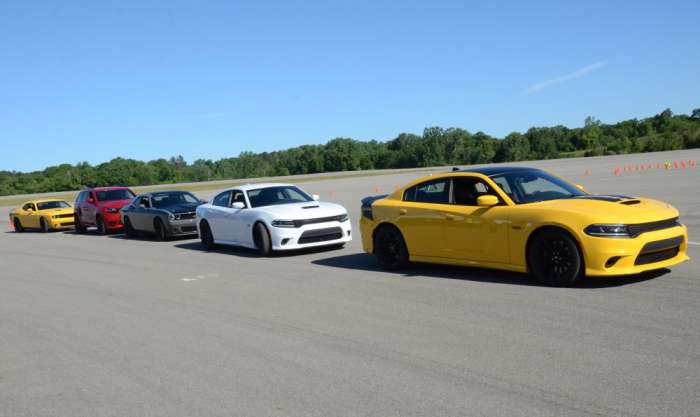 FCA Outsells Ford Motor Company in the US in September

While Ford trucks outsold Ram trucks and the Mustang outsold the Challenger, the FCA group brands combined to outsell the Ford Motor Company brands in the US market in September 2018 – a rare occurrence which hasn’t happened since 2007.
Advertisement

Historically, General Motors has been the leader in US auto sales, followed by Ford Motor Company in second and FCA/Chrysler Group in third. Chrysler has generally been referred to as the smallest of the American automaker groups based on sales, but in September 2018, Jeep, Ram, Dodge, Chrysler and Fiat combined to outsell Ford and Lincoln, marking the first time that FoMoCo has finished third in monthly sales since 2007.

September US Sales
In September 2018, FCA sold 199,819 vehicles, up 15% over the same month last year. Ford sold 197,404 vehicles, down 11% during the same period. With FCA showing a strong sales increase while Ford saw a sizable decrease, the company formerly known as the Chrysler Group finished second in September 2018 US sales – marking the first time in 11 years where the smallest American automaker wasn’t the smallest in terms of sales.

For those wondering, General Motors no longer reports monthly sales, instead opting for a quarterly reporting system. During the third quarter of 2018, GM sold 694,638 vehicles, leading to an average of 231,546 vehicles in each of those three months, so while we don’t know for certain that GM led in July, August and September, the math suggests that the General led the way.

What Does This Mean?
While some people might look at the September sales numbers and forecast a repositioning of the American automaker rankings, that isn’t likely. FCA had a particularly strong month in September while Ford has a pretty lackluster month and on the year, Ford is sitting about 133,000 units ahead of FCA. FCA grabbing second place in the September sales race likely doesn’t preview a big shift in the American automaker hierarchy, but this shows how well FCA is doing at a point in time where many automakers are posting sales declines.

General Motors is down 1.2% on the year and Ford is down 2.4%, but FCA is up 6% through the first nine months. The popularity of the Jeep lineup in the SUV-crazy market is playing the biggest role, but even if you isolate SUV sales within the automakers, Jeep models performing better than similar vehicles from the other two companies.

As the smallest of the American automakers, FCA is often criticized for some of their business decisions – like essentially killing off the Dodge Grand Caravan or getting rid of their small cars – but their sales improvements as most other automakers are on the decline shows that the shot-callers from the Chrysler group brands are calling the right shots.