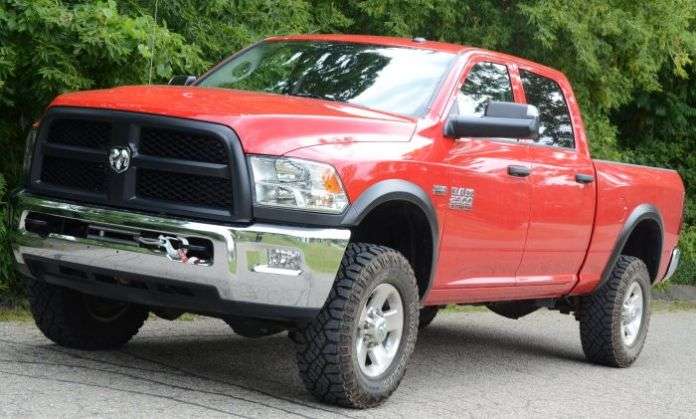 FCA has announced that the company will invest more than a billion dollars in the Warren Truck Assembly Plant in Michigan to build the Ram Heavy Duty lineup alongside the new Jeep Wagoneer just outside of the Motor City.
Advertisement

Last year, FCA announced that the company would be investing a portion of one billion dollars to prepare the Warren Truck Assembly Plant in Michigan for the upcoming Jeep Wagoneer and Grand Wagoneer. Today, FCA has added another billion worth of commitment to the Warren plant, with this newest chunk of cash being used to upfit the factory to build the next generation Ram Heavy Duty lineup.

Big Changes for Warren Truck
The Warren Truck Assembly Plant currently builds the Ram 1500 and it has done so for decades, but half-ton Ram truck production is being shifted over to the Sterling Heights Assembly Plant. SHAP used to be the built site for the Chrysler 200 and Dodge Avenger, but now that they are gone, the plant has been retooled to build the popular Ram 1500.

With the Ram 1500 moving from Warren to Sterling Heights, the old Warren Truck Assembly Plant will be retooled to build the Ram Heavy Duty along with the new Jeep Wagoneer lineup. The Ram HD pickups have been built in Saltillo, Mexico since 1995 and that will continue through 2019, but when the next generation Ram 2500, 3500, 4500 and 5500 arrive, they will be built at Warren Truck. The Saltillo plant will eventually be retooled to build a future commercial vehicle – perhaps something van-shaped.

This means that by 2020, all Ram pickups will be made in America and that also makes a great marketing pitch for a brand – especially in the full-size truck segment.

When production of the 2020 Ram Heavy Duty lineup begins at Warren Truck Assembly, the company will have added 2,500 new jobs in Michigan to build the popular pickups. Early last year, the company announced that they would invest a billion in the Toledo South plant for the new Jeep pickup and Warren Truck for the new Wagoneer. There was no breakdown by facility, but that billion-dollar investment will also add 2,000 jobs between the two plants. The 2,500 jobs being added to build the Ram HD is in addition to those jobs being added as part of the Jeep announcement last year.