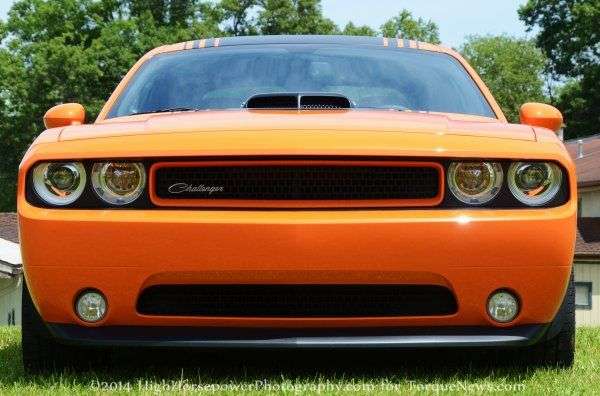 Drive a New Dodge at the Woodward Dream Cruise and You Could Win $45,000

Those folks attending the Mopar display at the 2014 Woodward Dream Cruise will have a chance to not only see some of the hottest new Dodge products – they will also get to drive them and while doing so, they will be entered into a drawing to win $45,000 towards the purchase of a new Chrysler Group product.
Advertisement

Over the past few months, the Chrysler Group has been running a program called the Dodge Power Rallye Tour that has been traveling around the US, giving fans the chance to drive an impressive collection of current Dodge brand products. One of the final stops on the Tour is the 2014 Woodward Dream Cruise in Metro Detroit so not only will the folks who come to the massive Mopar display at the corner of 13 Mile and Woodward get to see some of the hottest new products from the Chrysler Group – but they will also get to drive some of them. Also, in case just getting to drive a spread of 2014 Dodge products (sorry, no 2015 Hellcat models!) isn’t enough, those folks who participate in the drive program will be entered into a drawing to win a $45,000 voucher towards the purchase of a new Chrysler Group vehicle!

“Dodge, recognized by Fast Company as one of the ‘World’s 50 Most Innovative Companies,’ is celebrating its 100th anniversary this year,” said Tim Kuniskis, President and CEO, Dodge Brand, Chrysler Group LLC. “What better way for consumers to experience firsthand the best-in-class features, performance, fuel economy, and technology of our 2014 Dodge lineup, than to bring the vehicles right to them.”

Drive the 2014 Dodge Models at the Woodward Dream Cruise
Those folks who visit the Mopar display at the corner of 13 Mile and Woodward Avenue will be able to stop by the Dodge Power Rallye Tour tent where they can sign up to drive a collection of Dodge models from the 2014 model year. Including in the list of vehicles that you can drive are the Challenger R/T Shaker (shown above), the Grand Caravan, the Journey Crossroad Edition, the Durango R/T, the Dart GT, the Charger R/T 100th Anniversary Edition, the Challenger SRT and the Charger SRT. While driving these models on a specially designed route (Sorry, no cruising Woodward all day in a new Charger SRT), you will get to experience the power and performance along with getting a chance to check out the interior technologies that put the Dodge brand at the head of their respective classes.

In addition to getting to drive some awesome 2014 Dodge products including the 470 horsepower SRT Charger and Challenger, those folks who sign up to drive will be entered into a drawing for a $45,000 voucher that can be used towards the purchase of applicable Chrysler Group vehicles. Im not sure what is “applicable”, but I imagine that it includes most models shy of the Viper. Then again, considering how slow Viper sales have been, they might let you use that $45,000 towards a new Viper. After all, you would still end up paying at least $60,000 out of pocket.

Meet the Hellcats in Person
In addition to getting the chance to experience a collection of 2014 Dodge models, the Woodward Dream Cruise will give attendees the chance to meet both the 2015 Dodge Challenger SRT Hellcat and the 2015 Dodge Charger SRT Hellcat – two of the most powerful production cars sold in the world. You won’t get to drive these monsters, but you will have the opportunity to see the supercharger Mopar muscle cars in person along with a spread of other upcoming production models (I am guessing that there might be an Alfa Romeo 4C in attendance), concept cars, stunning privately owned Mopar muscle cars and probably a new Dodge Viper or two. You can expect that pretty much every modern performance oriented vehicle from the Chrysler Group will be in attendance for viewing, but you can also plan on having plenty of interactive exhibits from the various Chrysler Group brands.