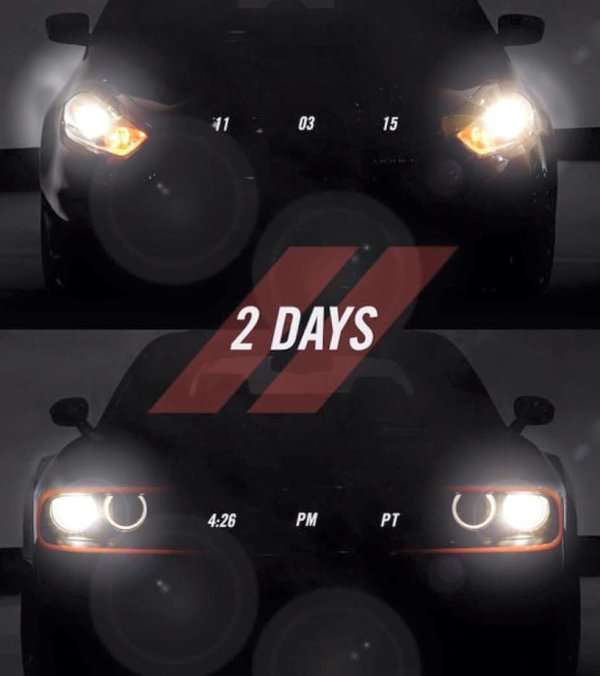 The folks at Dodge posted this shadowy teaser image yesterday showing what looks to be the alleged all-wheel drive Dodge Challenger, what is obviously a Dodge Dart and the date and time of their SEMA Show press conference.
Advertisement

Two weeks back, the Chrysler Group offered up a set of SEMA Show teaser images including one that showed a tightly cropped image of a new Dodge Challenger taillight with a badge that read GT AWD – leading us to believe that there is some kind of all-wheel drive Challenger set to debut at SEMA. Yesterday, the image above was posted with the date and time of the big Mopar press conference at SEMA with shadowy images of a Dodge Dart and a Dodge Challenger in the background, which has drawn major interest from the modern Mopar sport compact crowd.

The Dodge Dart on top is a bit more of a mystery, as the first batch of teasers didn’t make any mention of the sporty compact sedan. Also, the image is blackened well enough that there are no distinguishable details, so there is no way of telling what makes this Dart special. Modern Mopar fans are hoping that it is the long-awaited Dart SRT, but it could just as easily be something simple, like a Dart GT heavily clad in Mopar accessories.

Finally, the teaser has the day 11-03-15 and the time 4:26pm PST, leading some people to believe that this might be some new 426 cubic inch Hemi. While that isn’t out of the question, as SEMA brings out all sorts of interesting items, it should be noted that the Mopar press conference/major SEMA announcements are generally at 4:26pm, so that time choice has more to do with Mopar history than being a hint for this year.