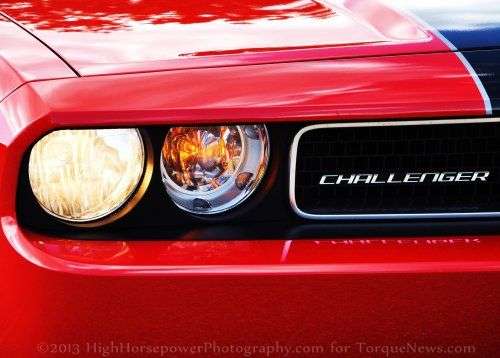 Dodge getting 2 new models, 4 refreshed by 2016 including new Challenger

Freshly released Chrysler documents have offered some vague information on the future of the Dodge brand lineup including two new models and 4 refreshed versions of vehicles currently in production – one of which will be the next generation Dodge Challenger.
Advertisement

The chart showing the business plan update for the Chrysler Group in North America shows a year by year rundown of the additions, refreshes and deletions planned for the next five calendar years beginning with 2012. Unfortunately, there is no supporting information to go with these changes in the lineup but based on rumors and the age of the current vehicles, we can make some guesses as to what is coming for Dodge between now and 2016.

For 2013, the business plan shows that there were two Fiat built Dodge vehicles planned for debut that have been cancelled or indefinitely postponed with one of these likely being the sporty, compact Dodge Hornet. It had been rumored for some time that Dodge would have a Fiat 500-based compact model wearing the Hornet name but this appears to put those hopes to rest. The second cancelled Fiat-built Dodge vehicle was likely some sort of compact SUV similar to the upcoming replacement for the Jeep Liberty – which would effectively have been the new Dodge Nitro (although that name may not have been used). Finally, 2013 will bring about a refresh for a current model that could bring about the new generation of several different possible vehicles. The Dodge Challenger and Dodge Caravan were both introduced for the 2008 model years and both are rumored to be nearing a move to the next generation. This refresh could also apply to the Dodge Journey or maybe even the Avenger, although many believe that the midsized Avenger will be killed off as the company looks to eliminate redundancy between the brands. The Charger, Dart and Durango all seem too new to face a refresh so it will likely come down to the Journey, the Challenger, and Caravan lineup for the 2013 refresh with the latter two being the most likely. Also, rumors have long suggested that 2013 would be THE year for the next generation Challenger.

2014 shows that the Dodge brand will receive two refreshed models and as is the case for 2013, 2014’s refreshes could be a variety of different vehicles. The chart also showed that the SRT brand will be getting three refreshed models in 2014 and with the Viper and Grand Cherokee SRT models being so new – the refreshed SRT models have to be the Charger, Challenger and 300. That would lead me to believe that the 2014 Dodge refreshes would be the new Challenger for sure and possibly the Charger, although the Charger is fairly new and incredibly popular. If I didn’t know about the refreshed SRT models in 2014, I would guess that the Dodge brand models getting a big refresh would be the Caravan lineup and either the Journey or Avenger with the new Challenger coming in 2013. However, the plans for SRT to have three refreshed models in 2014 really change the possibilities. There is also the chance that the non-SRT Challenger will debut later this year while the SRT version will debut in 2014…but at this point it is all just speculation.

2015 will bring about one new Chrysler built vehicle and one refreshed model. That far in advance, all of the vehicles in the Dodge lineup will be getting to the age where a refresh is due so it is hard to say right now just which vehicle will be getting a facelift in 2015. As for the new model, things are just as hazy but we can make a few guesses based on popular rumors. First off, there have long been rumors that the Dodge brand would be getting a compact SUV based on the same architecture as the Dodge Dart. It is all but guaranteed that Jeep will soon be offering a smaller SUV riding on the Dart chassis and even though the company is trying to avoid redundancies among the different brands, the new model in 2015 could be an SUV that would compete with the likes of the Ford Escape. There is also the chance that the Dodge brand could get a new compact car smaller than the Dart that would compete with the likes of the Chevy Sonic. Originally, Dodge was expected to have a Fiat built compact “Hornet” that we discussed above but this new model in 2015 is to be Chrysler built…even though that doesn’t mean all that much since the European based Dart is listed as a Chrysler built vehicle due to its design process and build location.

Finally, 2016 will bring about one more new model for the Dodge brand but that model is also a mystery. Looking at the current “holes” in the Dodge lineup, that new model will likely be a smaller car, a smaller SUV or a larger van type vehicle that is targeted to the consumer market unlike the upcoming Ram ProMaster that is marketed to commercial buyers.

The interesting part of this whole business plan update is that once we find out which Dodge model is refreshed this year, we will likely have a much better picture of the future of the Dodge brand. The one thing that we know for sure is that in the next two years we will meet the next generation Dodge Challenger – an American muscle car that is expected to be downsized compared to the current model to better compete with the Ford Mustang and the Chevrolet Camaro.

Alex Romero wrote on January 31, 2013 - 11:03am Permalink
The 2013 refresh (2014 Model) will be the Dodge Durango. Mark my words.
Johnd856 wrote on August 10, 2016 - 5:20pm Permalink
Well I really enjoyed reading it. This information procured by you is very practical for correct planning. defefkckbefe
Johne942 wrote on August 10, 2016 - 5:20pm Permalink
Right now it looks like WordPress is the top blogging platform available right now. from what I've read Is that what you're using on your blog? begefkkceeed
Alesia Lindon wrote on December 13, 2016 - 4:32pm Permalink
Want a new dodge nitro or jeep liberty a compact suv and both have been discontinued are you bringing either back.

Tesla Contemplates A New Strategy for China Retail even As Sales Boom
Jay Leno on Elon Musk & EVs: “I Think He Should Get ... Credit"
END_OF_DOCUMENT_TOKEN_TO_BE_REPLACED