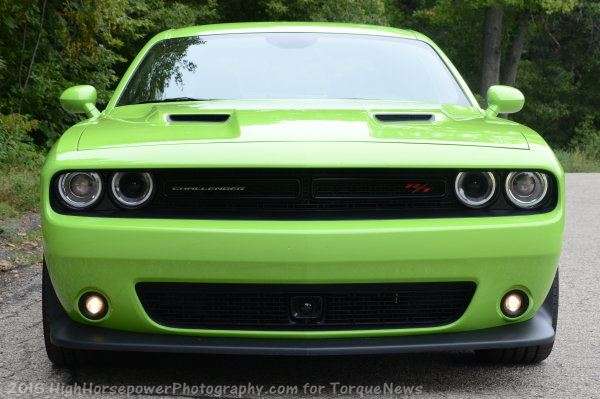 Dodge Challenger Posts Best Monthly Sales Ever in May

The sales numbers for May 2015 are in and once again, the Dodge Challenger posted very strong sales figures, with 7,438 units sold comfortably eclipsing the previous monthly sales record for the modern Mopar muscle car – thanks in part to the continued delivery process of the 707hp SRT Hellcat package.
Advertisement

There were some folks who were skeptical that the relatively light refresh of the 2015 Dodge Challenger would be enough to spur sales, but as sales numbers month to month and year over year continue to grow, it is clear that the changes made from 2014 to 2015 were just what the Challenger needed.

A New Record
The 2015 Dodge Challenger continues to set new sales records, with the company selling 7,438 examples of the 1971-esque muscle car selling last in May 2015. The previous best was one month earlier, when 6,771 Challengers were sold and before that, the record was from back in March 2013, when the company sold 6,132 copies of the brawny muscle car. Challenger sales have been significantly better in every month of 2015 compared to the same month in 2014 – which can be almost entirely attributed to the redesign of the 2015 models – and in May 2015, the Challenger improved by 29% compared to last May. There has also been a steady growth in sales from month to month this year. While the sales numbers of the Chevrolet Camaro and Ford Mustang have gone up and down over the first few months, the Challenger sales figures have grown steadily every month this year.

Annual Sales Record on the Way
Even if the Dodge Challenger sales numbers do not continue their upward climb throughout the 2015 calendar year, there is a good chance that 2015 will be the best year ever for the modern Dodge Challenger. After May, the Challenger is doing 38% better than it did through the first 5 months of 2014, moving 30,166 thus far this year (21,904 last year). Right now, Dodge is averaging right around 6,000 units sold per month and if that continues, the Challenger could move upwards of 72,000 cars this year. There were 51,611 Challengers sold in 2014, 51,462 in 2013 and 43,199 in 2012 so with more than 30,000 Challengers sold this year in the first five months, the Challenger could surpass some of the previous years’ totals within the next few months.

Hellcats Helps Drive Other Model Sales
While the company is continuing to work their way through the long list of preorders for the 707 horsepower SRT Hellcat Challenger, those monsters only account for a portion of the record sales last month. With Hellcat sales suspended and deliveries coming as quickly as possible (but too slowly for some critics), prospective buyers have looked at the other models in the Challenger lineup. Folks who come into the dealership to check out the $60,000, 707hp Hellcat Challenger are far more likely to drive out in one of the less power and less expensive trimlines, and that increased foot traffic combined with the interior improvements and the new Scat Pack trimline (shown above) have all combined to make May 2015 the best Challenger sales month ever…with more to come.

Charles wrote on June 3, 2015 - 1:25pm Permalink
Increased sales is in spite of the redesign, not due to it. Increased sales is mostly attributable to the decrease in the cost of pump gas and the public's demand toward larger cars, as seen with all models across the board. Mustang and Camaro have missed the mark here.
Al Bundy wrote on June 18, 2015 - 4:31am Permalink
You must be high on cough syrup if you think the interior redesign is not contributing to this surge in sales.
David wrote on July 2, 2015 - 2:32pm Permalink
I specifically bought my new '15 challenger 6.4 due to the interior redesign and room as opposed to the comparable mustangs and camaros.
William Neilan wrote on October 20, 2015 - 11:30am Permalink
I waited till the 2015 models came out because of the interior redesign and 8 speed auto trans. Ordered my pearl white r/t in october and was delivered dec. 3rd. Im as happy as a lark!!! Many strangers stop by when I'm out and about to admire my fine automobile!!