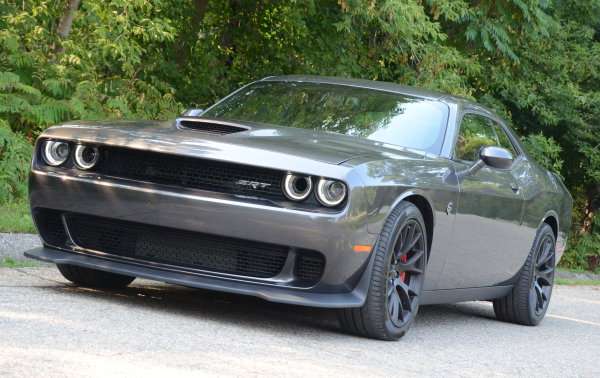 While the Dodge Challenger was once again third on the muscle car segment sales chart, February was still a great month for the Mopar muscle car – helping the new Challenger to post the strongest annual growth through the first two months and further proving that the 2015 refresh was a complete success.
Advertisement

Critics of the Dodge Challenger will regularly point to the fact that it is almost always in the third spot on the muscle car sales charts or the fact that is by far the heaviest of the three. However, fans of the Mopar muscle car will point out that it is the fastest, the quickest and the most powerful of the American performance cars while the folks at Chrysler will point out that it has the best growth rate of any of the three muscle cars. Most importantly, since being introduced, the refreshed 2015 (and 2016) Challenger has continued to post monthly sales records, starting 2016 with the best ever January and February.

2016 Challenger Sales
The Dodge Challenger posted its best January ever with 5,085 units sold and they followed that up with the best February ever with 5,585 units sold. Of course, having the best January and the best February ever means that the Challenger is off to its best start ever after the first two months, posting numbers that are 8% better than the first two months of 2015. For comparison, while the Ford Mustang and Chevrolet Camaro move more units, the Mustang is only up 2.5% for the year and the Camaro – even with an all-new model in dealerships around the country – is only up 3%.

Dodge doesn’t have any misconceptions that the Challenger will suddenly begin outselling the Ford Mustang and the Chevrolet Camaro. The Challenger has moved into the second spot on the monthly muscle car sales chart a few times over the past two years, but it will likely continue on as the third bestselling muscle car. Fortunately, Chrysler doesn’t care if they are in third place so long as the Challenger continues to grow and continues to bring new buyers into the dealerships – and it is doing just that.

2015 Refresh is a Hit
When the 2015 Dodge Challenger was introduced, it wasn’t as dramatically different as some people had hoped. There had been rumors that the 2015 Challenger would be smaller, more like the Mustang or Camaro, but when it debuted in New York, the new Mopar muscle car was just as big as the 2014 models. Overall, the 2015 Challenger didn’t change much, but the new front end, the new taillights, the revamped interior and the most powerful engine lineup in the segment has led to a steady increase in sales over the past year. This new Challenger led to a record sales year in 2015 with 66,365 units sold and at this rate, the 2016 sales year could be ever better.

Bottom line, the Dodge Challenger is selling far better since the 2015 refresh than it did during the first generation of the modern Mopar muscle car – proving that the company went the right route with a refresh that was more evolutionary than revolutionary.

Best of all, with the next generation Challenger expected to drop for 2018, we could see another special edition model to see off this current Challenger – likely leading to another small spike in sales. In the meantime, we can expect that Challenger sales will increase with the rest of the performance cars as spring comes to the colder regions of the US.