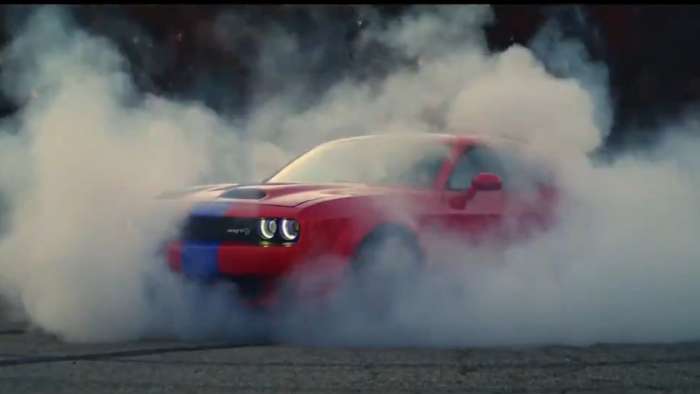 The Detroit Pistons introduced their new city uniforms with help from a tire-smoking Dodge Challenger SRT Hellcat in matching red and blue.
Advertisement

This week, the Detroit Pistons joined many other NBA teams in introducing their new city uniforms, but no other team did so with help from a Dodge Challenger SRT Hellcat. Detroit’s jerseys read “Motor City”, so it comes as little surprise that their city uniforms have an automotive theme. However, in picking the Hellcat Challenger as the inspiration for the jersey, the Pistons had the most memorable debut of the new uniforms.

These new uniforms are “inspired by the muscle car heritage of the Motor City”, so the Pistons picked the muscle car with the most muscle to introduce their new game jerseys. That is, of course, the Dodge Challenger.

Dodge Challenger Hellcat Uniform Design
The new Detroit Pistons city uniforms consist of red jerseys and red shorts with blue trim and twin blue stripes running down the middle of the jersey. Pistons stars Andre Drummond and Blake Griffin were featured in the video posted to Twitter showing the new unis, but there was a third star of that video. 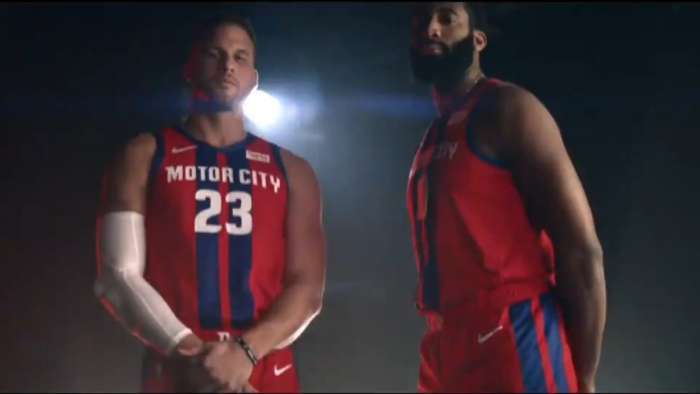 In addition to giving us quick glimpse of the new Pistons uniforms, we also get closely-cropped shots of a Dodge Challenger SRT Hellcat Redeye Widebody. The video shows the basic comparisons between the red paint and blue stripes on the car to the red and blue uniforms of the basketball team.

As the video goes on, we get a look at the car and the uniforms in their entirety, but how do you end a debut video like this? Well, it is Dodge with 797 horsepower, and Dodge loves burnout videos, so it should come as no surprise that the video ends with a big, nasty burnout.

As the Challenger roasts the tires, we get more shots of the car and the two NBA superstars in their Dodge-inspired uniforms. As the video ends, Griffin and Drummond walk out of a cloud of smoke with the Challenger’s headlights shining brightly behind them.

Inspired by the muscle car heritage of the Motor City.

While the only real comparison between the Dodge Challenger SRT Hellcat Redeye Widebody and the new Detroit Pistons city uniforms is the color palate, there is no question that this tire-smoking Mopar muscle car helps make for a very memorable debut of the new uniforms.