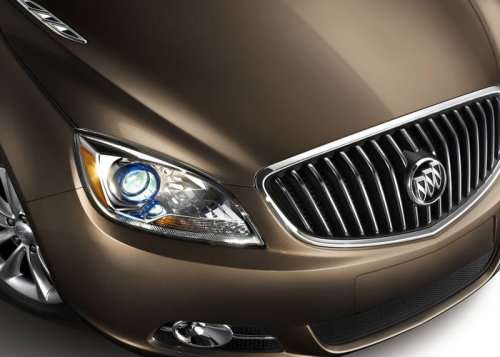 Details for the 2012 Buick Verano leaked

Information from an inter-company document sent to Buick dealerships has been posted online by GM Insider, including possible trimlines and prices for the new compact Buick that will be produced in the Orion Assembly Plant in Michigan.
Advertisement

Evidently, General Motors sent a letter out to their Buick dealerships asking them for some input on interest in possible trimlines (and prices) for the upcoming 2012 Buick Verano. Basically, GM is asking Buick dealers “if we offer this car with these options for these prices – do you think that it will sell?”

The 2012 Buick Verano looks like it will be offered in four trimlines which currently hold company designations that will likely not see the light of day, but these packages (named 1SB, 1SD, 1SG and 1SL) give us an idea as to what we could see when the Verano hits the market. While each trimline adds a little something here and there, it appears as though the only engine planned for the 2012 Verano is the 2.4L Ecotec 4-cylinder found in a variety of current GM models, including the 2011 Buick Regal. This engine offers 180hp and 172lb-ft of torque and that power is set to the wheels via a 6-speed automatic transmission. Other than that, no other drivetrain information is offered.

The 1SB “Cloth Base” model 2012 Verano will have a price starting between $20,900 and $21,500 and there are no other features included in this document from GM Insider other than the engine and transmission options. The next step up is the 1SD “Cloth Mid Level” which adds remote start, automatic dual climate control, and an upgraded sound system all for $22,100 $22,700. Then comes another “Cloth Mid Level” package currently designated as 1SG, which adds a 6-way power driver’s seat, heated outside mirrors, Buick’s Rear Park Assist, auto-dimming rear view mirror (EC ISRVM) – all for $23,300 to $23,900. Finally, the fourth trimline discussed in the leaded GM document from GM Insider is the 1SL “Leather Up-Level” which adds heated seats, a heated steering wheel, passive entry, push button start, Bose premium audio system and 18” wheels. There is no mention, but I would guess that the seats are leather, hence the name, and this package will top off the model with a price ranging from $25,600 to $26,200.

Assuming that the folks at GM Insider have themselves a legit document, it looks like GM could have itself a nice, inexpensive entry level car that could go so far as to call itself a luxury car thanks to all of the goodies available across the trimlines. Unfortunately, the image below is still the only official look we have had at the 2012 Verano but from the looks of things, the new Buick compact will draw many of its styling cues from the popular Buick LaCrosse.