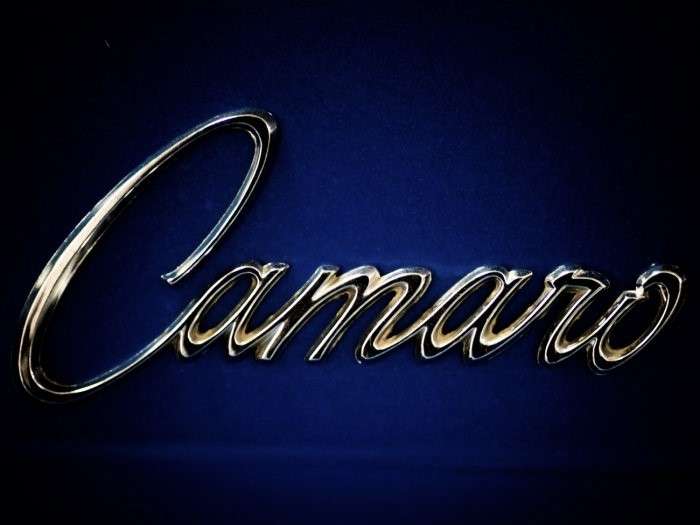 According to a dealership representative who attended the General Motors dealer’s conference earlier this week, the Chevrolet Camaro will receive a facelift for the 2019 model year and he knows this because the company showed off two examples of the new-look muscle car at their annual meeting.
Advertisement

Earlier this week, General Motors held their annual dealership convention at the Mandalay Bay hotel in Las Vegas and among other things, the crowd was introduced to the facelifted 2019 Chevrolet Camaro. Attendees are not permitted to take in their phones or any other sort of recording devices, so there aren’t likely to be any pictures from this event, but one dealership rep who was in attendance was happy to share what he saw on CorvetteForum.com.

The Refreshed Camaro
Based on spy shots floating around the internet coupled with the number of camouflaged Camaro test cars I have seen driving around Milford, Michigan (home of the GM Proving Grounds), Chevrolet is working on a refreshed Camaro. It could be a new Camaro – we really don’t know for sure - but that seems unlikely with the current generation only being a few years old.

The bottom line is that GM has some reason to cover their current Camaro test cars in camouflage before they hit the streets and most people in the industry believe that is due to an exterior refresh. Of course GM hasn’t offered any input on this, but based on what “Nate” from Van Bortel Chevrolet posted on CorvetteForum the refreshed Camaro is well on its way.

“It will be a 2019 model. Very sharp looking car, not too far off from the current Gen. They drove 2 of them on stage, an SS coupe and a lower trimmed convertible (maybe LT, I don't remember). Each trim/model has a unique front fascia. LED running lights in the headlamps, LED auxiliary lights in the fascia. The SS has a heat extracting hood.”

This doesn’t come as much of a surprise to most people who pay attention to the American auto industry and based on Nate’s account, the refresh sounds to be what we all expect. The same overall vehicle with exterior styling changes to help the newer models stand out from the early 6th gen cars. The surprise here is that it is expected to arrive for 2019.

When Will It Debut?
In most cases, the new model year for a car like the Chevrolet Camaro begins in the summer or fall of the previous calendar year. In other words, production of the 2018 Camaro likely began around the 3rd quarter of 2017 and in the modern era a 4th quarter production launch is considered late. Based on this normal schedule, the 2019 Camaro production would begin in the late summer or early fall of this year, but the refreshed car wasn’t introduced at any of the major auto shows earlier this year.

This means that Chevrolet will have to pick some other location to introduce the refreshed Camaro, unless they plan to wait until Los Angeles in November. That would make for an incredibly late start for the refreshed models and with sales of the current Camaro being fairly poor, the company likely wants to get the new cars on lots as soon as possible.

If the refreshed Camaro really is coming for the 2019 model year, it seems possible that GM could introduce the new look at a standalone event, or they could use a big event like the Woodward Dream Cruise to roll out the new-look muscle car.
In any case, if the information shared from the Chevrolet dealer convention in Vegas is accurate, a new Camaro is right around the corner.

Carlos wrote on April 5, 2018 - 12:21pm Permalink
I almost drove to the Chevy dealership to look at a 6th gen Camaro. I wonder how different this refresh will be.
Jesse wrote on April 5, 2018 - 2:52pm Permalink
Oh my goodness....LED lights! Woohoo. In my teenage years we would drive by a residence where the local Chevrolet dealer would stash (in the backyard) the new year models until their release date. So we got about a two week jump on everyone else seeing what the new models would look like. I remember going to a local Chevrolet dealership and popping the hood on an SS Nova. Back then that model had a 350 cubic inch engine. But this Nova was special. It had a 396 cubic inch engine with a fully open air filter, chrome valve covers, and the ability to make me go numb as I gazed into that engine bay stuffed full of horsepower. I believe it had the 375 horsepower version of that engine. And don't get me started on a '70 Monte Carlo SS 454. I had the blessing of growing up the "golden years" of muscle cars, from the late 50's to 1970. Each GM division, Ford, Mercury, Plymouth, Dodge, and AMC had their share of muscle cars to fiercely compete in this segment. We will never see times like that again.
Rob wrote on April 6, 2018 - 10:06am Permalink
Here's a reminder for everyone. The 2014 Camaro refresh was on a morning talk show with Kelly and Michael and the 6th gen Camaro was unveiled at a special event at Detroit's Belle Isle Park. The refresh isn't a surprise to the Camaro community at all.