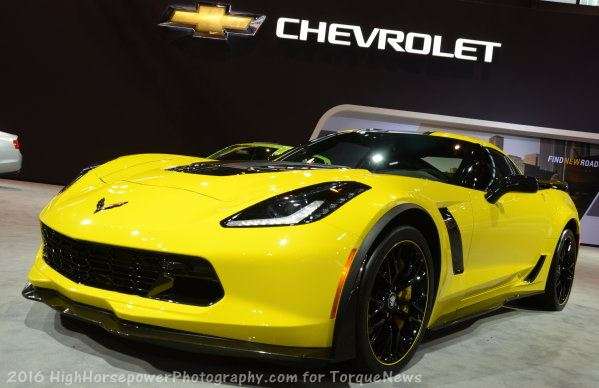 Folks in New York are still checking out the 2017 Chevrolet Camaro ZL1 Convertible with the new 10-speed automatic transmission at the ongoing auto show, but the internet is already abuzz with people calling for this new gearbox in the C7 Corvette Z06 – and I don’t think that they will be waiting for long.
Advertisement

When the new 10-speed automatic transmission was introduced for the 2017 Chevrolet Camaro ZL1, General Motors was quick to point out that this new transmission – which was developed in cooperation with Ford Motor Company – will be available in 8 vehicles by 2018. The company didn’t specify which vehicles would get this gearbox in addition to the Camaro, or whether or not the Camaro was included in that list of 8 vehicles, but we can make some guesses as to what will get this new transmission.

What Else Might Get the ZL1 10-Speed?
The new 10-speed transmission is obviously designed for use in rear wheel drive or four wheel drive vehicles and when I went through the entire GM company vehicle portfolio, I counted a total of 14 vehicles which are offered in rear wheel drive configuration. Buick has none, Chevrolet has 7, GMC has 3 and Cadillac has 4.

From the Chevrolet brand, the Camaro is obviously slated to get the 10-speed while the Corvette, Silverado and Tahoe/Suburban seem like some other likely candidates. Ford is using a variation of this transmission in the new F150 Raptor, so it is obviously rated for truck duty, meaning that the GM trucks and truck-based SUVs should be getting this transmission as well. If the Tahoe/Suburban and Silverado get this 10-speed, then the similar GMC vehicles (Yukon/Yukon XL, Sierra) will almost certainly get it as well.

Finally, from the Cadillac brand, the ATS is based on the same architecture as the Camaro, so it seems like we could see the 10-speed in that Caddy, while the popular CTS and the new CT6 seem like the other vehicles to get this new gearbox. If anything, I would expect to see the ATS excluded from the list, but I would be stunned if both the CTS and CT6 don’t get this gearbox by 2018. Even if only in the highest performance CTS-V form, which relies on the same engine as the ZL1 and Z06, the CTS seems like the next most likely to get this transmission – and it might be the next in line since it shares other drivetrain components.

So if we put together that list, we have the Camaro, Corvette, Silverado, Tahoe/Suburban, Yukon/XL, Sierra, ATS, CTS and CT6 – 9 vehicles. If the comments about 8 vehicles by 2018 didn’t include the Camaro and the new muscle car makes 9, this could be the list of vehicles to get the new transmission.