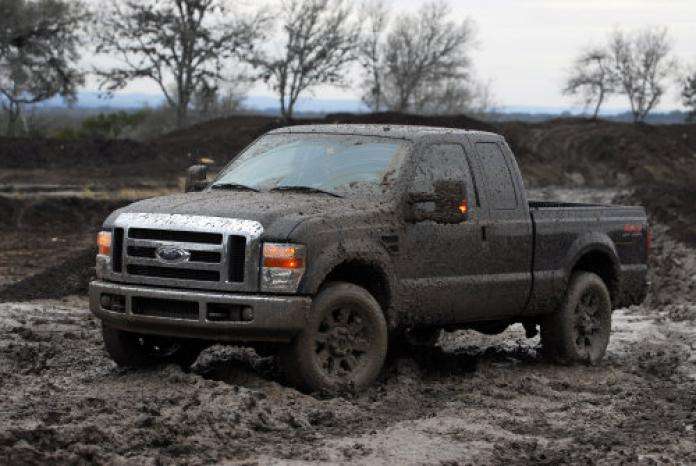 Continental Tire has issued a voluntary recall of tires with the NHTSA from their Continental ContiTrac light truck tire series, pertaining heavily to the original equipment tires of the 2008 and 2009 Ford F250 and F350 Super Duty pickups.
Advertisement

Continental states that 390,657 tires are affected by this recall, with around 60,000 of those sold as replacement tires and the rest coming as a stock tire option on some 2008 and 2009 Ford Super Duty F250 and F350 pickups. TorqueNews.com had a chance to speak with Wes Sherwood, Safety Communications Manager of Ford Motor Company, who let us know that around 65,000 Super Duty pickups from the 2008 and 2009 model year are affected.

The reason for this Continental/Ford Super Duty tire recall is that the Continental ContiTrac TRs listed below within the listed DOT number range is that the tires “did not meet Continental's performance expectations in the field”. The problems associated with these Super Duty tires not living up to company expectations includes uneven wear and vibrations that, in the worst cases, could lead to the tire tread separating from the sidewall. This violent deterioration of the tire can greatly increase the chances of an accident, so the company is recalling all of the tires in question. This situation could be accelerated by operating the vehicle with low air pressure in the tires or overloading, especially in hot temperatures.

The Continental recalled is limited to tires constructed between May 6th 2007 and September 20th, 2008, with the DOT numbers listed below:

This recall is expect to officially begin later this month and the tires will be replaced (including mounting and balancing), with this program lasting until October. This means that if you are a 2008 or 2009 Ford F250 or F350 owner who still has the original Continental tires on your truck – you are going to get a free set of new tires! Click here for more information from the Continental website, including information on how to locate and read the DOT numbers on your tires. The tires will be replaced by the identical tire built outside of the range found to be problematic.