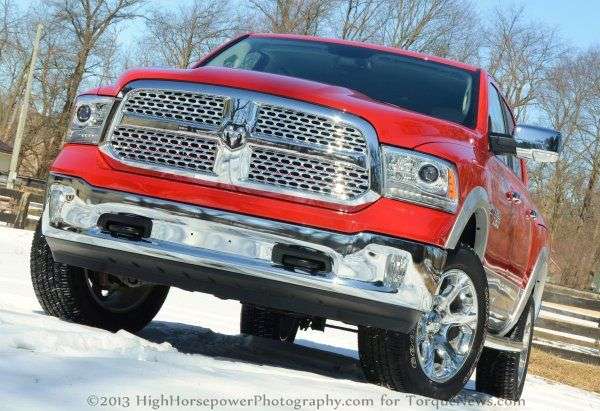 The Chrysler Group has announced a pair of closely related recalls for the 2014 Ram and 2014 Jeep Grand Cherokee over a concern that a portion of the driver information display may not work as expected – potentially creating a safety risk if a driver doesn’t know if his or her truck is experiencing a mechanical problem.
Advertisement

Since the problems are not identical, the Chrysler Group has issued two separate recall notices – one for the 2014 Ram 1500, 2500 and 3500 and another for select 2014 Jeep Grand Cherokee models. Although the causes for these two recalls vary, the result is similar with each of the recalled vehicles having an instrument panel that may fail to light up or – in the case of the Jeep - a warning light may illuminate randomly for no reason.

The 2014 Jeep Cherokee accounts for the bulk of these newly recalled vehicles with 132,000 sport utility vehicles affected. These Jeeps have an instrument panel that could blackout due to a loss of backlighting while at other times; there could be random and unneeded warning lights illuminating on the gauge cluster. Company engineers discovered this problem during routine internal testing and have quickly discovered that this problem is due to a problem in the antilock braking system (ABS) module. The Chrysler engineers also learned that this problem – both the backlighting failure and the random warning lights – can be quickly repaired by turn the vehicle off and starting it back up but that is a headache that no one wants to face so Chrysler is making the right move by recalling these vehicles to fix the problem right away. This problem will be repaired by an upgrade to the software for the instrument cluster and the ABS system. 91,559 of these Jeeps are in the United States while 6,050 are in Canada 2,662 are in Mexico and 32,212 are in European markets.

The Ram truck recall affects 10,800 2014 Ram 1500, Ram 2500 and Ram 3500 models that are equipped with the mid-level gauge cluster – which I believe means that they do not have the gorgeous thin film transistor (TFT) display. In these trucks, the instrument panels can randomly lose backlighting and while that is a pretty minor safety risk, it puts the 2014 Ram in violation of federal regulations so the recall is necessary. This problem can be remedied with an instrument panel software upgrade free to the customer but fortunately, “most” of these trucks are still in the possession of dealerships around the country.

Both the 2014 Jeep Grand Cherokee recall and 2014 Ram truck recall will formally begin in November when the owners are notified by mail and asked to bring their vehicle in for the fix. In the case of both the Jeep and Ram recalls, there have been no accidents or injuries reported as a result of these problems but with these random issues putting these popular trucks and SUVs in violation of government requirements, the company is acting quickly to solve the problem before the NHTSA gets any complaints about these electrical gremlins. Owners of the 2014 Ram 1500, Ram 2500, Ram 3500 or the 2014 Jeep Grand Cherokee who want more information can call Chrysler at 1-800-853-1403.