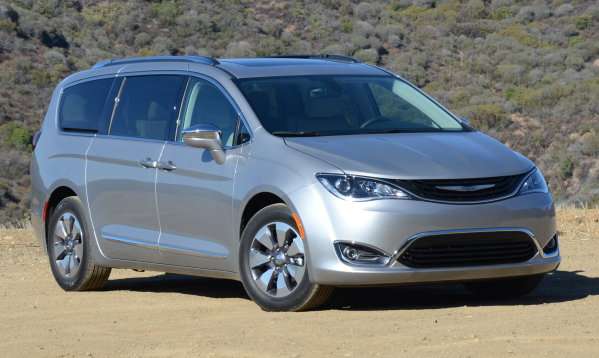 This morning at the start of the 2017 North American International Auto Show in Detroit, the first ever North American Utility of the Year award was issued to the Chrysler Pacifica – the latest in a long line of minivans which have always proven to be innovators in the utility vehicle segment.
Advertisement

Pacifica Take the Prize
The Chrysler Pacifica is, without a doubt, the best minivan sold in America when you break down the available features – especially the class exclusive hybrid electric drivetrain. The Pacifica beat out the Mazda CX9 and the Jaguar F-Pace in the final round, while also beating the Audi Q7, the Buick Envision, the Cadillac XT5, the GMC Acadia, the Infiniti QX30, the Kia Sportage, the Mercedes Benz GLS Class and the Nissan Armada from the initial list of “semifinalists”.

Considering that the new Chrysler Pacifica likely offers the most utility of the vehicles included in the running for the first ever North American Utility of the Year, the win doesn’t come as a huge surprise- but stranger things have happened.

A Chrysler minivan was last recognized as part of these awards back in 1996, when the Dodge Caravan and Chrysler Town & Country teamed up to win the Car of the Year award – one year after the Ford Aerostar (also a minivan) won the 1995 Truck of the Year award.

Now that the North American “of the Year” awards have been split up into Cars, Trucks and Utilities, we should see more consistency from year to year – with cars winning the car award, pickup trucks winning the truck award and the various types of utility vehicles (minivans, SUVs) fitting into this new class.

The Chrysler Pacifica is the best minivan sold in America right now, so this is one award that is hard to dispute. Congratulations to FCA for their Chrysler Pacifica claiming the first ever North American Utility of the Year award!