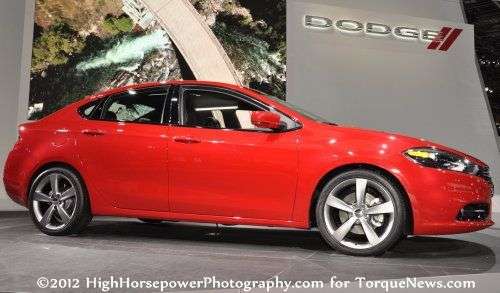 Chrysler Group profits quadruple in 2012 Q1 with $16.4 billion in revenue

The Chrysler Group announced their financial results from the first quarter of 2012 and the results were good – very good – with the automaker showing a profit more than four times higher than Q1 of 2011 and causing the company to forecast a total profit for 2012 of $1.2 billion.
Advertisement

In addition to the huge increase in Q1 profits, the Chrysler Group also saw a 25% increase net revenue as the company brought in $16.4 billion compared to last year’s $13.1 billion. Worldwide vehicle shipments were up 25% in sending out 607,000 units through the first 3 months of 2012 while vehicle sales around the world were up 33% with 523,000 cars, trucks, SUVs and vans sold. (The difference in vehicles shipped and vehicles sold is due to the vehicles that Chrysler builds and ships for other brands that do not count for their own sales units.)

“Another positive quarter – built on sales gains that have surpassed the industry average – is affirmation that the Chrysler team is maintaining its focus,” said Sergio Marchionne, Chairman and Chief Executive Officer of Chrysler Group LLC. “We continue to deliver on the targets in our five-year plan and are now focused on successfully launching the Dodge Dart, a car that is a true melding of Chrysler’s and Fiat’s engineering and styling strengths.”

The Chrysler Group has not had a real, legitimate threat in the massively popular C segment since they killed off the Dodge (and Chrysler and Plymouth) Neon but with the new 2013 Dodge Dart (shown on the right) hitting dealerships this summer – Chrysler Could see another big boom in sales over the next few months. The Dart looks to offer everything that a modern C segment buyer could want and more including lots of gadgets, impressive power and great fuel economy but the consumer market will have the final word on whether or not the Dart will be the big hit that Chrysler is hoping for.

Finally, Chrysler’s market share in the United States and Canada increased through the first quarter of 2012. In the US, Chrysler’s five brands accounted for 11.2% of the market (up from 9.2% in Q1 2011) while Chrysler of Canada controlled 15% - allowing Chrysler to be the market share leader in Canada through the first quarter. The Dodge Dart could also help the Chrysler Group increase their market share, especially in the US where there has been lots of positive opinions about the loaded up C segment sedan.

Toyota's First EV Will Have a Name of BZ: Toyota BZ
First Videos From Inside The Boring Company's Las Vegas Loop
END_OF_DOCUMENT_TOKEN_TO_BE_REPLACED