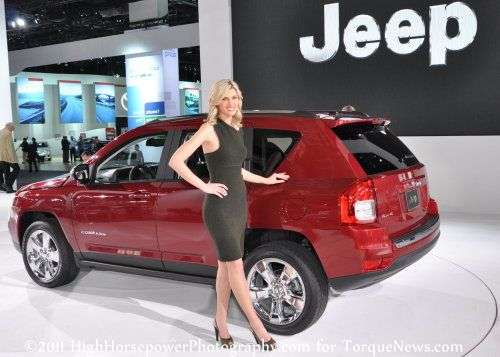 Chrysler Group leads the industry in growth in August 2011

Sales figures from around the American automotive industry are in and once again, the Chrysler Group was the strongest automaker in the industry in terms of growth with the smallest of the American Big 3 improving by 31%.
Advertisement

In posting a 31% growth in August 2011 over the same month in 2010, Chrysler sold an impressive 130,119 vehicles, ranking them third among all automakers in the US market and allowing them to jump Toyota to have the three American companies filling the top three spots in monthly sales. In August of 2010, Chrysler sold less than 100,000 vehicles, ranking them 5th behind GM, Ford, Toyota and Honda – so these past few months show how well the new Chrysler Group lineup is being received by the American consumers. Also, the Fiat brand (with only one vehicle) continued to grow as the Italian compact sent out 3,106 new models last month, bringing the annual total to 11,088.

Chrysler’s growth in August 2011 was lead by the Jeep brand, with these sporty utility vehicles seeing a 58% increase in sales compared to August 2010. The redesigned Jeep Compass led the way in terms of growth for Jeep with a 130% improvement over last year in moving 4,400 units. The Grand Cherokee was second in growth with a gain of 77% while the tried and true Wrangler rounded out the top three with an increase of 69% compared to the same month in 2010. The Wrangler was the top model from Jeep in terms of sales with 12,949 units sold followed by the Grand Cherokee with 11,320 units sold and the Liberty was third with 6,853 new SUVs hitting the streets.

The Chrysler brand was next in line in terms of growth even though no vehicle in their lineup showed positive growth in August 2011. How is this possible? Well, the top model in terms of sales in August was the “new” Chrysler 200 with 10,861 units sold but since there were no 200s sold last August, that model technically shows a growth of 0%. The Chrysler Town & Country minivan was second in sales with 8,801 units sold (decrease of 7%) while the redesigned Chrysler 300 posted a decline of 5% from last year in sending out 2,835 new luxury sedans. While the numbers may not reflect this, the new 200 has been a big improvement over the Sebring that it replaced, selling more than twice as many 200 models in August 2011 than the company sold Sebrings in August 2010.

The Dodge brand of cars, vans and sport utility vehicles was third in line with a growth of 18% over August 2010. Dodge was lead in growth by another incredible month by the 2011 Durango which moved 5,222 units for an improvement of 16,219% over last August – sixteen thousand percent – talk about a sign of a positive redesign. The slightly redesigned Dodge Avenger was second in growth among the brand with an improvement of 38% last month while the Dodge Journey was third with a 34% increase. Dodge was lead in sales by the Caravan lineup which moved 12,172 units, followed by the Avenger with 6,319 sedans sold and the aforementioned new Durango. For those keeping track at home – over a year out of production – the 2010 Dodge Viper saw 10 units leave dealerships in the hands of a luxury new supercar owner.

Last but not least is the Ram Truck brand, which saw an increase of 7% in the month of August 2011. As is generally the case, the Ram brand was led by the Ram pickup with 21,243 trucks sold accounting for an increase of 12% over last August. As the only other vehicle available from the Ram Truck brand, the fading Dakota saw a drop of 47% in moving just 843 trucks in the month where production of this long-running pickup came to an end.

Tesla-Funded Research Reveals One of The Biggest Mysteries of EV Battery
Tesla Tesla Buyer Nets a Whopping $12,000 Discount After Asking for Reduction
END_OF_DOCUMENT_TOKEN_TO_BE_REPLACED