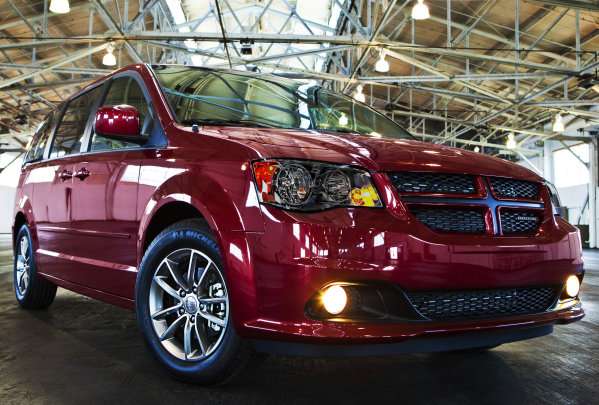 The Chrysler minivan turns 30 years old later this year and to celebrate the vehicles that literally invented the minivan segment – the Chrysler Town & Country and Dodge Grand Caravan will both benefit from a new 30th Anniversary Edition packages for 2014.
Advertisement

The Dodge Caravan was introduced for the 1984 model year and the first ever minivan rolled off of the assembly line in Windsor Ontario on November 2nd 1983. That means that the original minivan will turn 30 years old in a couple months and to celebrate that monumental occasion, the company will offer up 30th Anniversary Edition models of both the Chrysler Town & Country and the Dodge Grand Caravan for the 2014 model year.

“The Chrysler Group is well known as the creator of the minivan, and these 30th Anniversary Editions are the perfect way to celebrate their leadership and longevity in the marketplace,” said Ben Winter, Vice president of Vehicle Engineering. “As the minivan segment and innovation leader, it’s important that we continue to offer tremendous content and value, setting us apart from the rest of the segment.”

The 30th Anniversary Edition package is applied to the 2014 Chrysler Town & Country Touring-L and the 2014 Dodge Grand Caravan SE and SXT models. All of these minivans are powered by the 3.6L Pentastar V6 with 283 horsepower being sent to the front wheels via a 6-speed automatic transmission. Unique to the touring package, both vehicles are available in a new Granite Crystal Pearl Coat exterior hue but Grand Caravan buyers can opt for 8 other exterior shades while Chrysler Town & Country buyers can select from 7 other options if Granite Crystal Pearl Coat isn’t their thing.

Even though the minivan has earned a soccer mom reputation that some buyers work to avoid, the minivan has remained one of the most popular segments in the United States and the Chrysler Group minivans have continued to dominate the competition. Even though pretty much every other automaker has thrown their hat into the ring at one point, Chrysler has been left to compete with Honda and Toyota. Those two Japanese minivans have cut into Chrysler’s market share but it hasn’t stopped the inventor of the minivan to account for more than half of the entire segment. Even though some consumers are leaning towards SUVs rather than minivans, these are still some of the most purchased vehicles in America the Chrysler Group minivans have continued to lead the segment that they created.