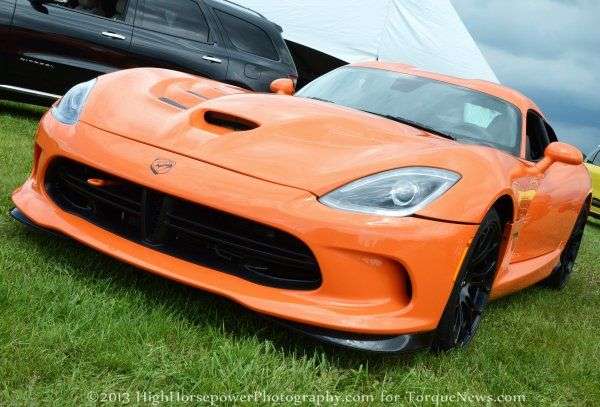 As we head into what is expected to be a rough winter, Chrysler has decided to cut production of the SRT Viper by 30% as the industry hits the slow season for supercar sales.
Advertisement

Whenever we hear about an automaker cutting production due to slow or slowing sales, we tend to think “Uh oh…what’s wrong with this vehicle” – but the production output adjustments for the SRT Viper are about more than just slow sales. It should go without saying that cars like the Viper don’t do so well in the harsh winter weather so regardless of how strong sales have been through the summer months, Chrysler can expect Viper sales to drop through the 4th quarter as many northern buyers are more likely to buy four wheel drive trucks than rear wheel drive supercars. Because of that logical drop in sales, Chrysler has reduced production by 30% as we enter the cold winter months.

To be clear, a 30% production reduction isn’t really as severe as it sounds with the SRT Viper currently being built at a rate of 9 units per day. Once this production adjustment takes effect, the Connor Avenue Plant in Detroit will reduce their output to 6 Viper coupes per day to continue fulfilling previous rumors and to send supercars to dealerships in areas that don’t have winter weather including Florida and California.

Deliveries of the 2013 SRT Viper began full scale in April after a quality control process and a product rollout that took longer than the company expected. Sales (read: deliveries to customers) peaked in June when 97 2013 SRT Viper coupes reached happy new owners around the country but with just 45 Vipers sold in September, last month was technically the worst delivery month for the Viper since sales begin at full speed earlier this year. On the year, 426 Mopar supercars have been sold while another 565 sit in dealerships around the countries and with the slow months ahead and so many vehicles already waiting at dealerships to find their new home – it makes good sense for Chrysler to slow the production rate.

Chrysler expects to build around 2,000 SRT Viper supercars per year but due to the late start for the 2013 model year, only 803 Vipers came out with a 2013 VIN number. The plant has since moved onto building the relatively unchanged 2014 Viper and rumors have indicated that the company is prepared to build as many as 3,000 units for 2014 if there is enough demand.