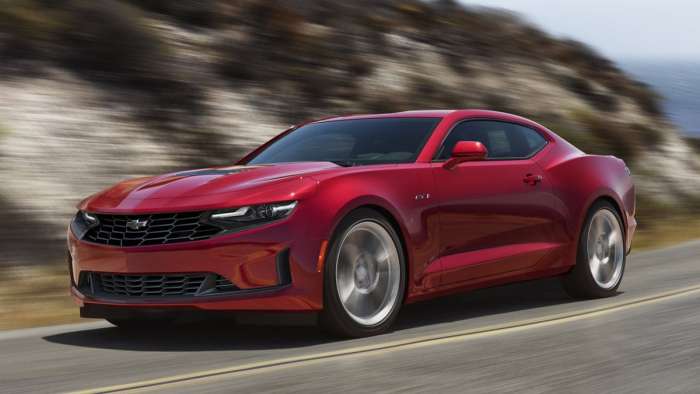 Chevrolet Offering a Great Lease Deal on the Camaro LT1

If you are looking to get into a new American performance car for the lowest monthly price point possible and you have great credit, you can get into a 455-horsepower Chevrolet Camaro LT1 coupe for just $333 per month with only $333 down, making it by far the most affordable V8-powered performance car on the market.
Advertisement

If you are looking to buy a new V8-powered American muscle car for the lowest monthly price and without any significant amount of down payment, the Chevrolet Camaro LT1 is the best deal going right now. Priced at just $34,995 with destination, it has a similar MSRP to the Dodge Challenger R/T, but the Camaro delivers considerably more power in a lighter package. More importantly for this discussion, Chevrolet has a national lease deal running for the Camaro LT1 that makes it nearly $200 less per month than the Challenger.

Note: It should be pointed out that we are basing the information below on national offers. There may be regional offers or even dealership-specific deals that can reduce the prices discussed below, but we are focusing specifically on those prices which apply across the entire country.

Current Camaro LT1 Lease Program
If you use the “Build & Price” feature on the Chevrolet website and configure an option-free 2021 Camaro LT1 coupe with the manual transmission, you get an MSRP with destination of $34,995. In my area, there is a $1,000 cash allowance on the car right now, but that may not apply in all areas. In any case, that price only really matters to those who are buying. In this case, we are focusing on leasing a V8 muscle car (or pony car, if you prefer that terminology).

At the bottom of the pricing area in the Summary section, there is a lease area and in there, we see that the Camaro LT1 has a monthly price of just $333. There is some fine print, as that price only applies to “Well-Qualified lessees”, which means that you will need to have really good credit. Also, this price only applies to a 48-month lease with an allowance of 10,000 miles per year and you have to pay $333 at signing, but in the end, for $333 down and $333 a month, anyone with good credit can have a 455-horsepower Camaro for the next four years.

If you find that you need more than 10,000 miles per year, jumping up to 15,000 miles per year only brings the monthly lease price up to $362. Again, these numbers apply specifically to those potential lessees who meet credit score requirements, but if you have great credit, you can get a smoking deal on a Camaro LT1 right now. 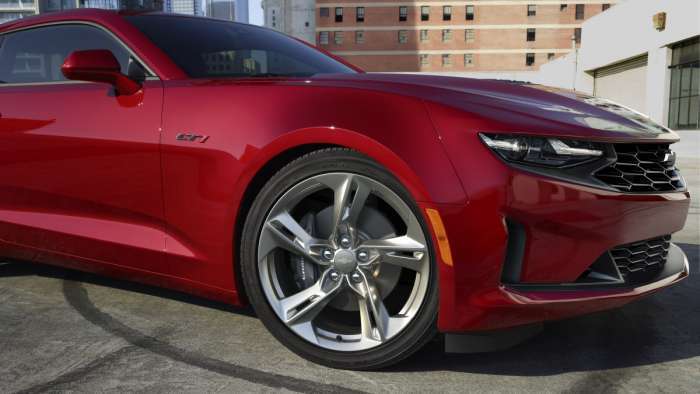 As for the Ford Mustang, the Motor Company doesn’t list V8 lease pricing on their website. They refer you to local dealerships for local lease deals, but my local Ford dealership doesn’t have any mention of lease deals for the few Mustang GTs in their inventory. Ford does, however, have a national lease deal on the four-cylinder EcoBoost Mustang, which is $299 due at signing and $299 per month, but if you aren’t looking for V8 power, you can get into a base Camaro for as low as $274 per month.

So, if you want an American performance car with V8 power, you have great credit and the 455-horsepower Camaro LT1 fits your needs, you can get into one right now for far less than any of the V8-powered competitors.

Thanks to Matt L. for the heads up on this lease program!

DeanMcManis wrote on January 27, 2021 - 5:05pm Permalink
That is a pretty amazing lease deal for a 455HP V8 ponycar! The Mustang Ecoboost 4cyl turbo is good too, but for a small bump more in cost, getting a V8 is even better.