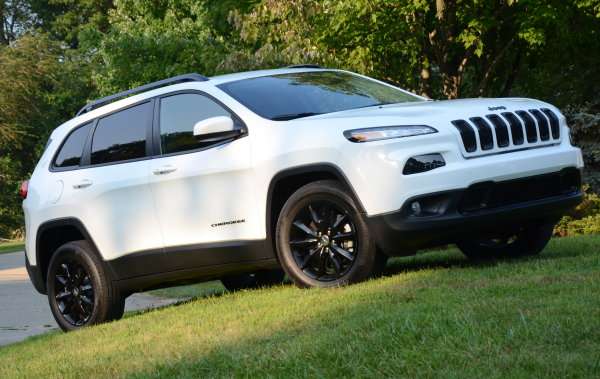 The Jeep brand posted its best sales year ever in 2015, with more than 865,000 new sport utility vehicles sold across the United States leading the way for the entire Chrysler Group – and the controversial Cherokee was the top seller within the brand.
Advertisement

2015 was a banner year for the Jeep brand for a handful of reasons. First and foremost, the brand sold more vehicles in 2015 than they ever have previous and with 865,028 SUVs sold, Jeep was the bestselling brand from the Chrysler Group. Jeep also had the biggest year over year growth of any Chrysler brand, improving by 25% from the 692,348 units sold back in 2014. Next, December 2015 brought about a record sales month, with 89,654 units being the most vehicles the Trail Rated brand has ever sold in a month. Finally, every single vehicle in the Jeep lineup posted positive growth for the year and the new Jeep Cherokee improved by 23% to (surprisingly) lead the brand in sales for 2015.

2015 Jeep Sales
The bestselling vehicle among the Jeep brand in 2015 was the Cherokee with 220,260 units sold. This comes as a bit of a surprise considering the early negativity focusing on the exterior design followed by more negativity over the 9-speed automatic transmission. Fortunately, the Cherokee performs well enough to lead prospective buyers to ignore the negative press and the relatively new model improved by 23% to be Jeep’s top-seller for 2015.

The tried and true Jeep Wrangler was the 2nd bestselling vehicle for 2015 with 202,702 new models sold – up 16% from 2014. Even though the Wrangler hasn’t changed much in many years, the toughest SUVs on the market continues to sell like hot cakes late in its current life cycle.

The Jeep Grand Cherokee ranked 3rd in 2015 sales with 195,958 new SUVs sold, up 7% from the previous year. In terms of growth, the Grand Cherokee was technically the worst performance for the Jeep brand, but when your worst performer still posted positive growth – you know that it’s been a good year.

The compact Jeep Patriot was 4th in 2015 sales with 118,464 units sold, up 27% from the year before. The growth of the Patriot comes as a bit of a surprise considering the fact that it has to compete in-house with Compass and the new Renegade, yet it still improved by the biggest margin in the brand.

The Jeep Compass was 5th in sales for 2015 with 66,698 units sold, up 9% from the year before. As is the case with the Patriot, the Compass is challenged by the new Renegade so we could see Compass numbers drop in 2016, but for 2015 there was still solid positive growth.

Last but not least we have the Jeep Renegade with 60,946 units sold in a short sales year. Delays plagued the early arrivals of the Renegade, but it is a great little SUV that should easily become the more popular choice over the Compass and Patriot. Since 2015 was the first year for the Renegade, there is no growth rate, but I’d expect to see a huge increase for 2016.

On Pace for 1,000,000 Jeeps
Sales of the Jeep brand improved by 25% in 2015 with a total of 865,028 units sold. Should the Renegade continue to grow as expected, the company could pick up another 100,000 or so units from that one model. With only moderate growth of through 2016 from the other models in the lineup, there is a good chance that Jeep could sell more than 1,000,000 units in America this year.

Analysts expect that the American auto industry will continue to grow this year, so the 16% growth over 2015 needed to hit 1 million seems very possible for the Jeep brand.