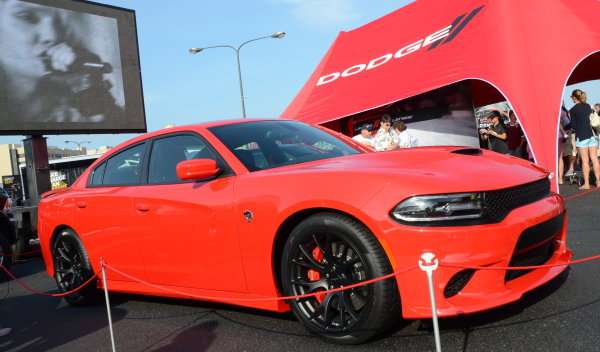 The Dodge Challenger, Dodge Charger and a long list of other Chrysler Group vehicles that rely on the Hemi or Pentastar engines will skip their normal summer downtime in order to keep up with the high demand for these engines
Advertisement

Many automaker production facilities have summer downtime to prepare for the new model year, but so many of the Chrysler Group vehicles are selling so well that almost a dozen plants around North America will not stop production this summer – including the plant where all of the Hemi V8 and Pentastar V6 engines are built. While the Dodge Challenger and Dodge Charger aren’t the only vehicles keeping sales high enough to prevent plant downtime, the high levels of interest in these modern muscle cars combined with the success of the full sized trucks, full sized SUVs and all of the vehicles running Pentastar V6 engines are keeping the engine plants, some transmission plants and a few vehicle assembly plants working through the summer.

Engine Plants Staying Open
First up, we have five engine plants in the US and Mexico that will be staying open all summer long, and that includes those plants which build the engines for the Dodge Charger and Dodge Challenger, including the 707 horsepower Hellcat Hemi.

With the steady increase in sales for those vehicles with both the 3.2 and 3.6 liter Pentastar V6 in almost every Chrysler Group vehicle sold in North America, the Pentastar engine plants in Detroit, Saltillo, Mexico and Trenton, New Jersey will all remain open through the summer. Also, the Dundee engine plant in Michigan will remain open to build the popular 4-cylinder engines while the Saltillo Hemi plant in Mexico will remain open to build the 5.7L, 6.4L and supercharged 6.2L Hellcat engines for the Ram trucks, the Charger, the Challenger, the Chrysler 300, the Jeep Grand Cherokee and the Dodge Durango.

While all of the Hemi engines are popular, the constant demand for the 6.2L supercharged Hellcat Hemi will likely keep the team busy between building and breaking in every 707hp engine.

Vehicle Assembly Plants Working All Summer
Finally, there are four Chrysler Group vehicle assembly plants in North America staying open through the summer downtime. This includes the Jefferson North plant where the Dodge Durango and Grand Cherokee are built, the Saltillo Assembly Plant in Mexico where the Ram trucks and Ram ProMaster are built, the Toledo Assembly Complex that builds the Jeep Wrangler and Jeep Cherokee and the Toluca Assembly facility in Mexico which builds the Fiat 500.

While some automakers have extended downtime at some plants due to excess inventory, these 11 Chrysler Group facilities will stay open during 2016 model year retooling as the crews work to keep up with the growing demand for the many popular vehicles, led by the Ram trucks, the Dodge Challenger, the Dodge Charger and the Pentastar-powered Chrysler 200.

Dave Shapiro wrote on May 14, 2015 - 7:35pm Permalink
That's Trenton, Michigan, NOT Trenton, New Jeraey!
BB wrote on May 18, 2015 - 7:46am Permalink
The Brampton plant that builds the challenger charger &300 will only have 1 week summer shutdown this July
Tom Mc Fadden wrote on May 27, 2015 - 12:53pm Permalink
I think maybe Jay leno should get Tim K on his show and do another segment on the Hellcat Challenger and also the Charger issues.......how it happened this mess up and how they will correct it and transmission shortages? Also, have the LA Times do a follow up article...............let all of us VON friends know what and when to expect down the road. One concern I might be off on this, is production going to be so rushed the cars will be thrown together................and quality drop? Whats all your thoughts.........I think Jay Leno is a perfect sounding board, it sure was when they brought the car out.................