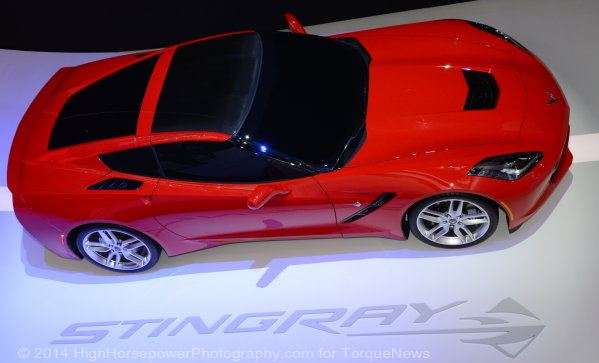 The 2014 Chevrolet Corvette Stingray has quickly become one of the bestselling sports cars in the world, but the long term test vehicle belonging to the folks from Car & Driver blew an engine just 6,000 miles in – and the problem is one that could affect other C7 Corvette owners under very normal driving conditions.
Advertisement

In the world of automotive media, few outlets are better known than Car & Driver so when the news surfaced that the folks at C&D blew the motor in their 2014 Chevrolet Corvette Stingray long term test car, we are inclined to take notice of such a problem. Granted, we hear about all sorts of issues like the Tesla Model S that belonged to Edmunds making regular trips to the dealership, but something as dramatic as a total engine failure in a car that is as popular as the new Corvette Stingray is one of those issues that everyone across the industry is going to want to know more about.

More importantly, while journalists who are testing a car are likely to put it through more abuse than the average new car buyer/driver, it seems that the new LT1 engine in the C&D 2014 Stingray failed at no fault of the writers who were driving the C7 Corvette. They didn’t blow the motor by doing a 5 minute long burnout or while doing high speed tests in the heat of Death Valley. The Car & Driver Corvette engine expired due to a faulty component – one that is used in every single new Corvette sold.

The Suspect in the Murdered Corvette LT1
While some people who are aware of the blown engine in the Car & Driver 2014 Chevrolet Corvette Stingray passed it off as a journalist beating the tar out of a sports car, only to have the engine fail after thousands of miles of abuse…that is not the case. While I am sure that the Corvette in question has probably seen a few more redline blasts than your average C7 owned by a 70-something man and his wife who use it for trips to visit the grandkids, it turns out that the culprit in this case wasn’t an overly aggressive driver – it was the oil filter.

The oil filter in this particular 2014 Chevrolet Corvette Stingray was faulty in a way that allowed small particles of metal to break free and enter the engine lubrication system. Once these tiny fragments of sharp metal worked their way through the engine, they became lodged in the bearing assembly of one of the connecting rods and over time, this caused the bearing to wear quickly. Once that bearing was no longer providing the smooth travel which it was designed to support, it was only a matter of time before other components began to fail.

In the end, the LT1 engine in the 2014 Chevrolet Corvette Stingray test car was covered under warranty so it didn’t cost Car & Driver a dime…and it wouldn’t have cost a real owner a dime in the same situation either. However, it did require the dealership to remove and replace the engine – which would keep a normal owner from enjoying his or her Corvette for an extended period of time.

Could This Hurt More Corvette Engines?
The biggest problem with the LT1 engine that was replaced in the 2014 Chevrolet Corvette Stingray test car is that it was likely caused by a standard General Motors component. Considering the fact that media cars are often serviced at the dealership, there is a very good chance that things as simple as an oil change were performed using GM parts. This means that there could be a great many other C7 Corvette Stingrays out there which could be facing the same problem and according to C&D, there have been some other owners with a similar problem. General Motors is already looking into this problem and should they find that there are other oil filters with the same problem, this could lead to another painful recall for General Motors. Hopefully these few particular Corvettes were just fitted with a rare problematic filters so no other owners will have to deal with the headache of having their engine replaced under warranty…or through a new recall.

The good news is that the folks at Car & Driver have enjoyed their 2014 Corvette aside from the engine problem.