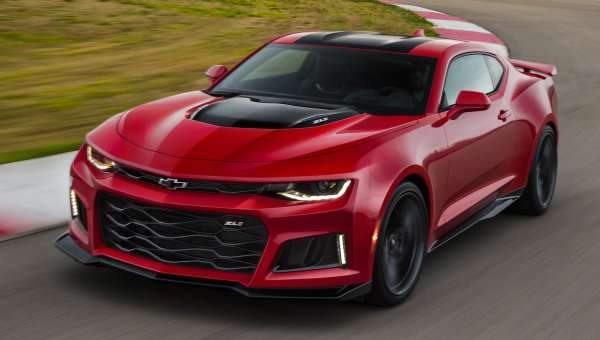 When the 2017 Chevrolet Camaro ZL1 was introduced with the new 10-speed automatic transmission, some skeptics of the modern lightning-quick self-shifting gearboxes were quick to question GM’s choice. General Motors wants to prove those skeptics wrong and until the car hits the street, the automaker is talking up their new transmission by comparing it to the Porsche Doppelkupplung (PDK), which is regarded as being one of the quickest and best automatic transmissions in the world.

“There is simply nothing like the experience offered with the new 10-speed automatic in the Camaro ZL1,” said Aaron Link, ZL1 lead development engineer. “It delivers nearly instantaneous, lightning-fast shifts that alter your perception of what an automatic transmission can offer in a high-performance vehicle – whether you’re on the street, drag strip or road course.”

The Camaro ZL1 10-Speed
The new 10-speed in the 2017 Camaro ZL1, which was developed in conjunction with Ford Motor Company and which will also be featured in the new 2017 Ford F150 Raptor, will almost certainly prove to be a great transmission. The problem, for now, is that this gearbox is a completely unproven component and it is a change from the quick-shifting unit at work in the current Corvette and Camaro lineup. For some change is bad and for those people, GM is working to show the many upsides to this new 10-speed gearbox.

To do so (in this case), GM compared the shift times of the 2017 Camaro ZL1 to the dual clutch PDK in the Porsche 911. The Camaro’s 1-2 shift was 36% quicker, the 2-3 shift was 27% quicker and the 3-4 shift was 26% quicker than the Porsche. Mind you, the Porsche PDK is a unit which is often touted as being one of the quickest shifting automatic transmissions in the world, and the Camaro is considerably quicker in getting from 1st to 4th gear.

What does this mean?
Well, when you shift from one gear to the next, all of the time spent between gears is time where you are not accelerating. In the past, manual transmissions were the preferred choice for performance cars because a good driver could get from gear to gear much more quickly than your average automatic that is shifting on its own, but with modern auto-trans technology – we are now seeing automatics which shift much quicker than comparable manual transmissions. In this case, the 10-speed Camaro ZL1 will almost certainly be quicker on the drag strip than the same car with a well-driven manual transmission, as if it is that much quicker from gear to gear than the Porsche PDK, it is likely one of the quickest in the world.

“You touch the paddle and the gear changes with immediacy,” said Link. “The shifts happen so quickly and without delay that it almost feels like an extension of your reflexes. It’s a much more involving experience for the driver that really helps improve confidence and performance on the track.”