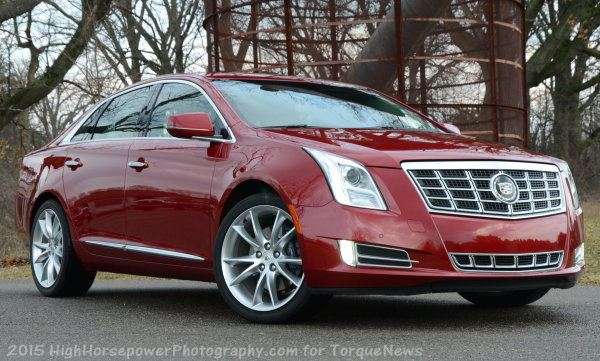 Cadillac XTS Doesn't Have a Future

The new Cadillac CT6 will serve as the flagship of the American luxury brand and as a result, the current top of the line Cadillac XTS will not see a next generation as the company phases out the old names and the old models.
Advertisement

When the Cadillac CT6 was introduced last week, it met the world as the new top of the line machine for GM’s premium luxury brand. The new CT6 is bigger, roomier, more efficient and more impressive than the Cadillac XTS that occupies the same basic segment, with the main exception being that the XTS is front wheel drive while the new CT6 is rear wheel drive.

Cadillac’s most popular models are the rear drive ATS and CTS, so with the shift of luxury interest tastes to a proper rear wheel drive models, it doesn’t come as much of a surprise to hear that the gorgeous new CT6 is essentially replacing the XTS.

Replacing the XTS
The Cadillac XTS really is a lovely piece of luxury machinery, but the front drive architecture (which includes optional all-wheel drive) just doesn’t offer the kind of driving dynamics that you get from the ATS, the CTS or any of the key competitors from BMW, Mercedes Benz and Lexus. The XTS is a great luxury sedan for someone who wants a big, comfortable sedan that will get solid fuel economy and get out of its own way, but the XTS just lacks that fun to drive factor that you get with the ATS and CTS.

Unfortunately, that special something can only really be achieved with a rear wheel drive design, so in a world where even the most luxurious sedans need to be sporty drivers as well, the XTS seemed doomed as soon as the new CT6 was introduced.

The Drivetrains of The 2015 Cadillac XTS

The 2015 Cadillac CT6 will come with a new turbocharger 4-cylinder engine that will pack 265 horsepower, while a new naturally aspirated 3.6L V6 will deliver 335 horsepower – giving it a substantial increase over the 3.6L mill current in use under the hood of the XTS. Most importantly, the 2016 CT6 will come with a new twin turbo V6 measuring 3.0L that will deliver 400 horsepower and 400lb-ft of torque. While the CT6 twin turbo V6 might have a touch less horsepower, the torque advantage coupled with the new 8-speed transmission and the lightweight design of the new range-topping sedan should make it considerably quicker in any driving situation.

Finally, regardless of the engine chosen, the 2016 Cadillac CT6 will feature an 8-speed automatic transmission which, when working with the new, efficient engines and the lightweight construction, should make the CT6 considerably more fuel efficient while also offering better performance than the front-drive counterpart.

The 2016 Cadillac CT6 is expected to arrive later this year, but that won’t mean the end of the XTS. The XTS will likely continue on in its current form through at least the next two or three model years, presumably exiting stage left in 2018 or 2019. This means that those front wheel drive luxury sedan fans will be able to score an XTS before they go, while those folks who want a Caddy that properly competes with the likes of the BMW 7 Series will finally have a great performing and great looking option from General Motors.