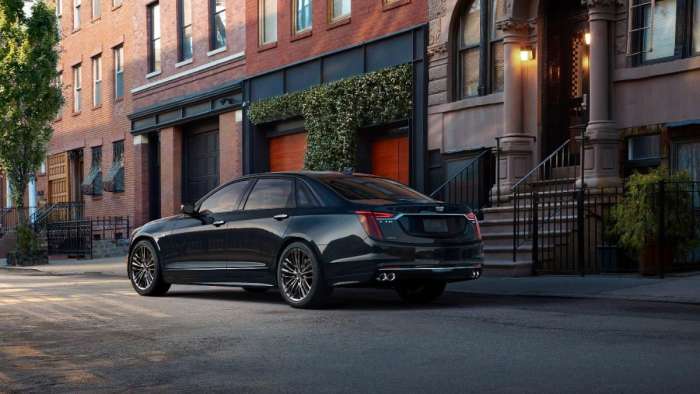 The Cadillac CT6 and Chevrolet Impala were expected to be discontinued when production of the 2019 model year vehicles ended this summer, but General Motors has decided to continue production of both large sedans through the 2020 build cycle – keeping workers at the Detroit Hamtramck Assembly Plant busy for at least another year.
Advertisement

Back in November, General Motors announced that a handful of plants around the United States and Canada would be “unallocated” following the 2019 production run, with production of the Chevrolet Volt, the Chevrolet Impala, the Cadillac CT6, the Buick LaCrosse and the Chevrolet Cruze coming to an end. GM is looking to focus more on the current popularity of sport utility vehicles, so like Ford and FCA, the company is transitioning away from sedans.

Production of the Volt and LaCrosse has already ended and production of the Cruze is expected to end soon, but the company has announced that the Chevy Impala and the Cadillac CT6 will live on for at least one more year.

Big Sedans Live On
It didn’t come as a huge surprise that the Chevrolet Impala was facing extinction, as the big, bland Chevy sedan has seen sales decline by roughly 26% over the last year. However, it was still GM’s third-bestselling car in 2018, trailing only the Malibu and the Cruze, which is also being discontinued. With the Impala dropping but still accounting for more than 50,000 units, it makes sense for the company to keep it in production for another year – even if only for the fleet sales.

On the other hand, the decision to kill the Cadillac CT6 was a shock, especially to those drivers who enjoy the dynamics of the rear-drive luxury sedan. The CT6 is the best big Cadillac sedan in ages and while sales were down 8% in 2018, it is a big, beautiful luxury sedan that offers impressive driving dynamics and a luxury brand needs a sedan like this one. Perhaps that is what led GM to extend production of the CT6 through 2020.

This is particularly important for those Caddy fans waiting for the high performance CT6-V, packing a twin turbo V8 with 550 horsepower. Even when it was announced last year that the CT6 would be discontinued after 2019, the company planned to produce the V version, but the extension of production means that we could see even more of the 550-horsepower luxury sedans.

While production of the Impala at the Canadian facility is still expected to end this year, the Detroit Hamtramck plant will continue building the big Chevy sedan and the Cadillac CT6 for the 2020 model year, keeping those workers busy for another year.

LG's New EV Battery Plant Is a Welcome News for Tesla
Tesla Giga Berlin's New Hurdle: It's Not Only the Gov't, but Now Tesla Itself
END_OF_DOCUMENT_TOKEN_TO_BE_REPLACED