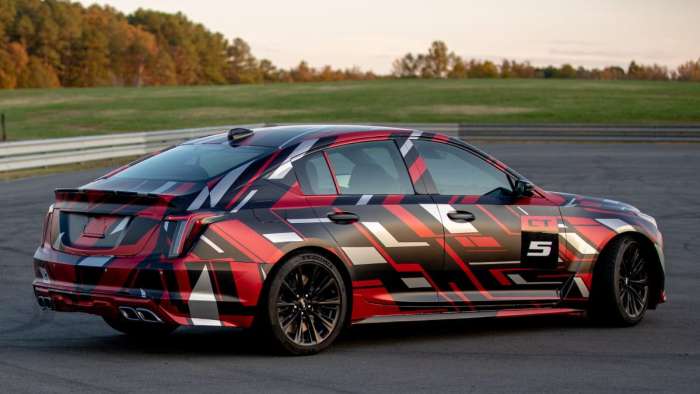 The Cadillac high performance sedans will each feature a street-friendly, track-focused package and each will be called the Blackwing, featuring unique chassis and engine technology while offering the pinnacle in modern General Motors luxury-performance lineup.
Advertisement

The Blackwing name has been around in relation to the Cadillac brand for some time now, having first been introduced as the name of the twin-turbocharged 4.2-liter V8 in the now-gone CT6. This week, General Motors issued a statement discussing the future of the Blackwing badge and it will not relate to an engine. Instead, Blackwing is the name being applied to Cadillac’s extreme performance versions of the CT4-V and CT5-V, each of which will offer significant improvements over the current V-Series models.

“The Blackwing name has come to represent the very best of Cadillac performance engineering, craftsmanship, and technology,” said Brandon Vivian, Cadillac executive chief engineer. “The new CT4-V Blackwing and CT5-V Blackwing build on the brand’s respected legacy of ultimate-performance driving experiences and elevate them even further.”

Cadillac Blackwing
The details on the Cadillac Blackwing models are very short, but we know that there will be a package for the CT4-V and CT5-V. Each of these specially-outfitted vehicles will showcase “specially tuned chassis, vehicle control technologies and engines”. More importantly, each of these cars will be offered with a manual transmission, so they will preserve the fun of banging through gears while rocketing around a race track. 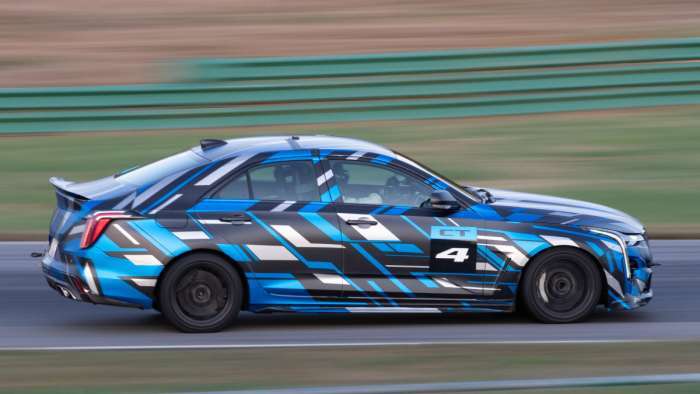 Unfortunately, that is the extent of the official information included in this week’s press release. We don’t know for sure when the Blackwing models are coming, but when they arrive, they should be the best-performing Cadillacs of all time.

Possible Powerplants
While General Motors hasn’t offered any details on the engines in the Cadillac Blackwing models, but it is expected that they will have completely different engines from the 2020 CT4-V and CT5-V. The CT4-V’s most powerful engine option is the turbocharged 2.7-liter 4-cylinder, with 325 horsepower and 380 lb-ft of torque. The top engine for the current CT5-V is a twin-turbo 3.0-liter V6 with 360 horsepower and 405 lb-ft of torque.

When the CT4-V Blackwing arrives, we expect that it will be powered by a new turbocharged V6 that could be a more powerful variant of the current twin-turbo V6 in the CT5-V. As for the CT5-V Blackwing, we expect to see the supercharged LT4 under the hood, with upwards of 640 horsepower.

In addition to those unique engines, we expect to see a 10-speed automatic offered in addition to the manual gearbox. We can also expect magnetic ride control, Brembo brakes and some unique aero bits on each of the Blackwing vehicles.

When more information becomes available, you will find it here on TorqueNews.com.