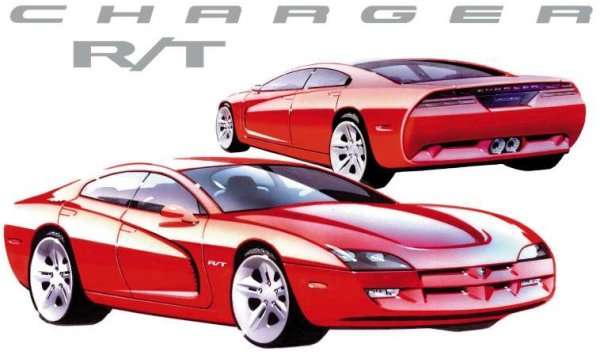 Based on unofficial information coming from Chysler’s national dealer announcement event yesterday in Las Vegas, the Dodge Challenger, Charger, Dart and Durango could all be getting exciting new performance packages in the coming years – although they are all at least a couple of years away.
Advertisement

The internet is abuzz with information from Chrysler’s dealer announcement event yesterday in Vegas, including a long list of possible future vehicles from every brand, but there seemed to be a special emphasis on the future of the go-fast Dodge brand. Today, we bring you a look at the 5 Dodge performance vehicles that I find to be the most interesting and the most important in the current market.

Before I get into talking about these possible future Dodge vehicles, I want to stress that none of this information comes from any sort of official source. That seems to get lost quite often with topics like this, but every bit of information in this piece comes from information posted by dealership employees on Facebook. For all we know, it could all be made up, but considering that there have been posts from people all over the country with relatively similar stories – the information seems to be real, although it should still be taken with a grain of salt.

These aren’t vehicles coming to market next year or even the year after. These vehicles are shown to dealership representatives from around the country to give them an idea of the cars, truck and SUVs that they might be selling in the coming years while also gauging the interest of the dealers. These are concept vehicles in the truest form – and there is absolutely no guarantee that any of these vehicles will ever show up in the dealership showroom. That is why the company doesn’t show the vehicles off to everyone, as many of them never go beyond being crude concept cars.

Im not talking about these 5 unseen concept cars because I think that they will arrive, but rather because I would love to see them become production realities – and so would many other people.

Dart GLH – The GLH trimline first appeared on the turbo Dodge compacts of the 1980s and based on information from the dealer announcement show, the Dart GLH would draw inspiration from the old school turbo cars. Back then, GLH stood for “Goes Like Hell”, and this new Dart would offer similar properties including the high performance turbocharged engines. It is unclear whether this would be a front wheel drive package that would be more affordable than the SRT Dart, or it could be what Dodge compact fans hoped for in the SRT Dart.

Dodge Cuda – Here we go again – another “Cuda” in the mix of the modern Mopar performance world. This has come up so many times in the past decade that it almost hurts me to report, as I have a hard time that this will finally be the time when Chrysler brings back the Plymouth Barracuda…as a Dodge. Reports from the announcement show insist that the Dodge Cuda – which likely wouldn’t arrive until 2019-2020 – is slightly smaller than the current Dodge Challenger, so the Cuda would compete with the Ford Mustang and Chevrolet Camaro. Also, these unofficial reports indicate that the Cuda will be available in both coupe and convertible form.

We have heard this all before, so when one shows up at an auto show, I will get excited then.

Durango SRT 392 – Although the Jeep Grand Cherokee SRT is one of the baddest SUVs sold in the world, there is a massive demand for a higher performance Dodge Durango. The Durango R/T has done a good job of offering mid level performance, but as long as there has been an SRT Jeep, there has been the call for an SRT Durango with slightly more interior space and more of a street-sport feel than the Jeep. If Jeep does introduce the Hellcat Grand Cherokee as the Trackhawk, the SRT Durango with the 392 cubic inch Hemi could bridge the gap…or maybe Dodge will use the engine from the Hellcat Challenger and Hellcat Charger in a Hellcat Durango. After all, SRT is slowly becoming a Dodge-only affair, so bringing the SRT SUV to the Dodge lineup makes sense.

Challenger American Drag Racer – This package has been talked about a great deal by the people who attended the dealer announcement event, but it also seems to have the most variations in the story. The most enticing story is that the Challenger ADR will be a stripped-down Hellcat model, packing only the things needed to go fast in a straight line, right down to wider rear quarter panels that house huge rear tires. The difference between this lightweight Hellcat Challenger ADR and the current Drag Pak (other than the engine) is the fact that, like the Viper ACR, the Challenger ADR would be street legal.

The Next Generation Charger
Finally, the most surprising bit of news from the Chrysler dealer announcement show is that the next generation Dodge Charger was on display. According to pretty much every source, the next Charger looks a great deal like the 1999 Dodge Charger Concept shown above, but little other information was included – leading me to believe that whatever was on display was a styling study to judge the reaction of the dealership people. With the Charger being refreshed for the 2015 model year, another Charger isn’t likely to come down the pipeline until 2019 or later, but it is no secret that some people don’t like the current Charger front end – so a refresh in the next half-decade wouldn’t shock me.

Again, these vehicles are nothing but concepts right now. There is no guarantee that any of these vehicles will ever arrive and it is all but guaranteed that we won’t see any of these in the next few years. However, these 5 vehicles show the intended direction of the Dodge brand over the next decade – and that future looks mighty impressive.

Frank Jesik wrote on August 26, 2015 - 4:14pm Permalink
Sounds quite interesting...
sheila dikshit wrote on January 13, 2016 - 7:03am Permalink
just i hope the Charger and challenger are made right hand drive

Tesla Giga Berlin's New Hurdle: It's Not Only the Gov't, but Now Tesla Itself
Teslas Are Sold Out Until 2023, But The Timing May Reverse
END_OF_DOCUMENT_TOKEN_TO_BE_REPLACED