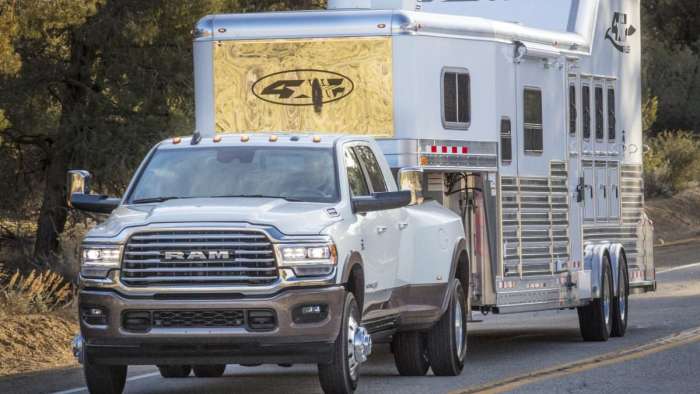 The 2021 Ram 3500 with the 6.7-liter Cummins Turbo Diesel delivers 1,075 lb-ft of torque, allowing it to tow 37,100 pounds and reclaim the title for the most torque and highest towing capacity in the segment.
Advertisement

The 2019 Ram Heavy Duty was the first truck in the U.S. market to offer 1,000 lb-ft of torque when it was introduced a few years back. That obviously made the Ram HD the most powerful truck in the segment in terms of torque output, while also being the class leader in towing capacity at 35,100 pounds. For the 2020 model year, Ford jumped ahead in both of these categories with the 6.7-liter Power Stroke diesel, which offered 1,050 lb-ft of torque and a maximum towing figure of 37,000 pounds.

As it generally the case, the one-upmanship has continued for 2021, with the newest Ram Heavy Duty lineup featuring a Cummins Turbo Diesel engine with 1,075 lb-ft of torque and a towing capacity of 37,100 pounds – allowing the Ram 3500 to be the strongest truck in the one-ton segment.

“Ram regains capability leadership by delivering the highest ever torque rating for a diesel pickup truck and heaviest gooseneck towing capacity,” said Mike Koval Jr., Head of Ram Brand. “We understand the attributes that are most important to our customers within the heavy-duty segment; they demand hardworking, long-lasting capability.”

2021 Ram Heavy Duty Increases
The strongest 2020 Ram Heavy Duty with the 6.7-liter Cummins Turbo Diesel engine offered 400 horsepower and 1,000 lb-of torque. In the right configuration, a Ram 3500 with that high output diesel engine can pull 35,100 pounds. For the 2021 model year, that same Cummins Turbo Diesel climbs to 420 horsepower and 1,075 lb-ft of torque while towing capacity is up to 37,100 pounds. The torque and towing figures allow the Ram brand to climb back to the top of the heavy duty segment in those two key metrics.

(Note: We initially said that the 2021 Cummins engine had 400 horsepower per FCA documents, but those documents have been updated to show that the actual horsepower rating is 420 for the new model year. The change has been made above.) 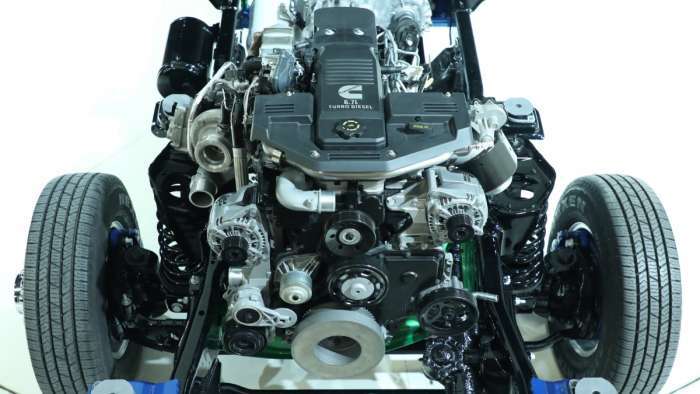 The added torque output comes from higher peak boost limits coupled with higher volume fuel system components, so it sounds like this is predominantly a tuning increase. As for the added towing capacity, a new in-house gooseneck hitch design from the Ram Engineering team leads to the ability to pull 37,100 pounds. 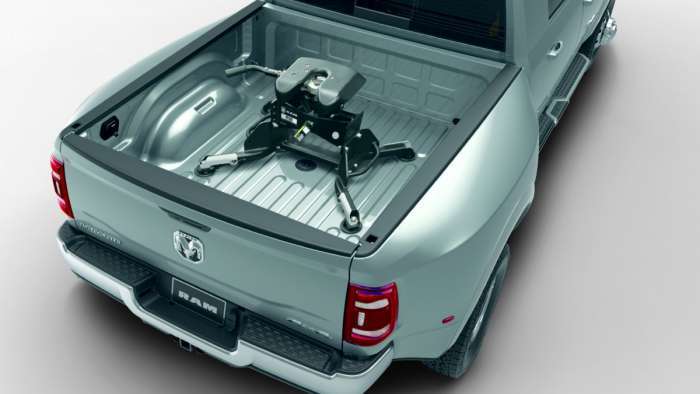 The Ram Heavy Duty lineup offers fifth wheel and gooseneck hardware that are integrated into the bed floor with fifth-wheel pucks, gooseneck bolt plates and gooseneck center castings being included with the package. There is also a 7-pin connector in the bed as part of the fifth wheel/gooseneck package.

Digital Rearview Mirror
The other key change for the 2021 Ram Heavy Duty lineup is the introduction of the digital rearview mirror that made its debut in the Ram 1500 TRX. This system replaces the traditional, reflective mirror with a mirror-shaped LED monitor and a high definition camera mounted on the tailgate. This system is incredible, offering a clear view of what is going on behind the truck without any obstructed views. Anyone who has ever hauled large cargo in their bed know that the rearview mirror becomes useless, but with the digital rearview system, that is never a concern. This system also removes obstructions like the rear seat headrests or the shape of the rear window, leading to a better view in every situation. 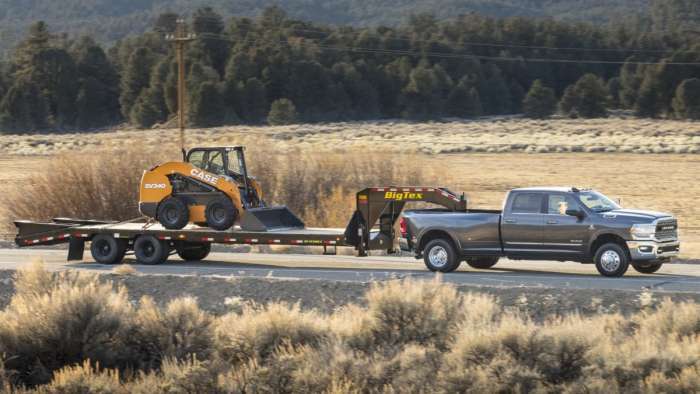 The first 2021 Ram Heavy Duty models will begin rolling off of the assembly line later this month and when they arrive, America will have a new strongest one-ton truck.