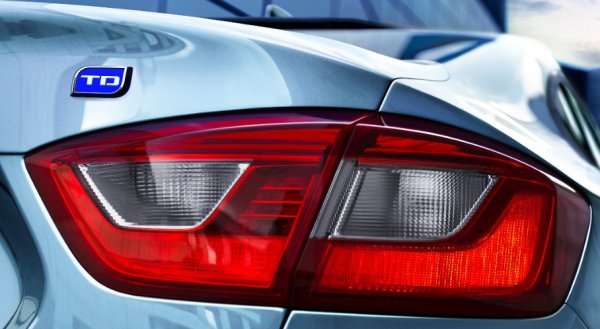 General Motors has announced the official EPA fuel economy figures for the 2017 Chevrolet Cruze Diesel and with a highway figure of 52 miles per gallon – the new diesel Cruze offers better highway fuel economy than any non-hybrid car sold in America while also packing the torque levels which made the previous diesel Cruze so much fun to drive.
Advertisement

When I drove the newest generation of the Chevrolet Cruze, I was impressed with how it looks, felt and drove, but I missed the diesel engine from the previous generation. During the first generation Cruze, the 2.0L diesel was easily my favorite engine option, combining the best fuel economy in the lineup with the best driving dynamics, but when this new generation was introduced for the 2016 model year – there was no diesel engine option available.

Well, the new diesel has arrived for the 2017 Chevrolet Cruze and in addition to packing big torque, this new diesel engine makes the compact Chevy the most fuel efficient non-hybrid (or non-EV) sold in America.

“Chevrolet is dedicated to offering customers a wide range of propulsion options. We know there are customers looking for the right combination of fuel efficiency, driving dynamics, fuel type and more. With the EPA-estimated 52-mpg highway Cruze Diesel Sedan, they can get it all,” said Steven Majoros, director of Chevrolet Marketing.

The 2017 Chevy Cruze Diesel
The 2017 Chevrolet Cruze Diesel is powered by a new Ecotec 1.6L turbodiesel engine which delivers 137 horsepower and 240lb-ft of torque. This is a little less horsepower than the standard 1.4L turbocharged gasoline engine in the rest of the Cruze trimlines, but the 63lb-ft advantage in torque should make this Cruze far stronger-feeling on the road. Big torque made the previous Cruze Diesel the best driver in the lineup, and I expect that to be true with the newest Cruze and this new turbo diesel engine.

More importantly to some (especially the marketing people), the 2017 Cruze Diesel will offer up to 52 miles per gallon on the highway. There is no other sold in America without electric assist (hybrids, EVs) which can challenge that 52mpg figure, so the Cruze Diesel is officially the most efficient non-hybrid car sold in the USA.

Rexford L wrote on January 12, 2019 - 1:24pm Permalink
On the highway a diesel will easily beat a hybrid, because both are using the prime mover (the engine, not the batteries) to keep at the highway speeds. Since hybrids use a gasoline engine, they don't get the same fuel economy as they do in town.