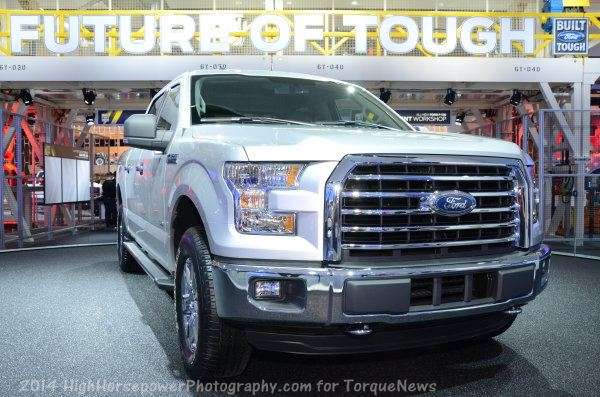 Ford Motor Company is expecting the 2015 F150 ever and if the demand increases enough from what we saw last year when Ford sold over 763k trucks, the automaker might run into a problem meeting the demand for F150 pickups with their current production plan.
Advertisement

While there are skeptics who believe that Ford’s move to an aluminum body will be a bad choice, the automaker expects the new 2015 F150 to be very, very popular. Ford has seen a record level of early interested in the new half ton pickup, and that could lead to record sales for the next generation F150. However, with the new F150 being built at the Dearborn plant that was already running at full capacity for the previous generation truck and overflow production help coming from the Kansas City plant, the company can build around 700,000 F150s a year, but will that be enough for the 2015 F150? Today I crunch some numbers to see if the F150 demand could exceed Ford’s current supply capabilities.

Huge Sales Could Cause Production Shortages
Ford Motor Company has stated that at full capacity, the Dearborn Truck Plant and the Kansas City Assembly Plant can build “over 700,000” trucks per year. If the 2015 F150 proves to be popular enough to hit those estimated numbers discussed above, Ford will have to find a way to increase production of their truck plants or risk running short on trucks at dealerships around the US.

With production of the 2015 Ford F150 beginning yesterday and deliveries expected to begin next month, we should quickly find out if this new F150 will be popular enough to stress Ford’s production capacity of the aluminum half ton pickup.