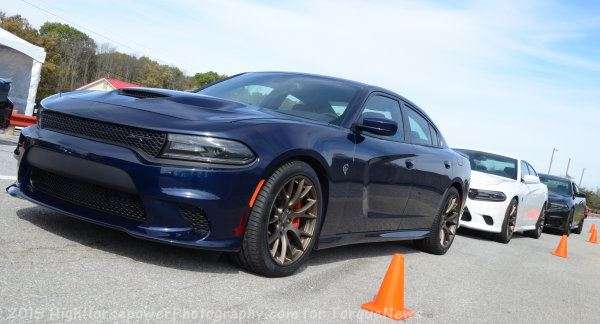 The redesigned 2015 Dodge Charger is gradually reaching dealerships from coast to coast and even though a great many internet know-it-alls guaranteed that the new high tech looking front end was certain to lead to a sales flop – the numbers are in for February 2015 and they are very good for the new Charger.
Advertisement

The Dodge Charger has been fairly controversial among the old school crowd since being introduced for the 2006 model year, simply because it is a sedan and not a coupe. When Chrysler introduced the first modern Charger sedan, these four door haters insisted that it simply wouldn’t sell. We know now that they were very, very wrong as the Charger has routinely been one of the brand’s bestselling models and one of the company’s bestselling cars.

When the 2015 Dodge Charger was introduced with the new high tech front end, the people who hated the fact that it was a sedan really went off the deep end while some who were simply put off by the European design of the 2015 face jumped aboard, insisting that this car couldn’t possibly sell. Well, with February being the first big month for the 2015 Chargers during the rollout process, the early sales numbers for the redesigned models look good. Mind you, the Charger in all of the available trimlines and colors hasn’t reached every dealership in the country so supplies are a bit limited right now, but the growth from the new models allowed the Charger to post its best February since 2007.

2015 Dodge Charger Sales
In February 2015, Dodge sold 10,365 Charger sedans, making it the second bestselling car in the company lineup behind the Chrysler 200. Of those 10,365 new Chargers delivered last month, about 78% of them were 2015 model year vehicles so even with the exclusion of the all-wheel drive V8 models and the early lack of a Hellcat model, over 8,000 2015 models were sold in a cold, snowy February.

Considering the unusual levels of snow hitting areas which are generally warmer in the winter, sales of rear wheel drive, performance minded models like the 2015 Dodge Charger have been slowed a bit. However, there have still been strong sales numbers this early in the year, which I expect will lead to some monster sales numbers for the likes of the Charger and Challenger come spring.

Also, once the company begins delivering more and more of the thousands of 2015 Charger SRT Hellcat sedans, we can expect an ever bigger boom in sales for the full sized, four door muscle car. Oh, and with the strong sales of the new Scat Pack package for the 2-door Challenger, I expect another sales spike when Dodge starts delivering the most affordable 485hp sedan in the US.

The New Front End is an Early Success
So, it seems that, once again, the internet know-it-alls were wrong, as the 2015 Dodge Charger seems to be doing just fine with the high tech LED headlight design. While it might be too “European looking” for some muscle car traditionalists, this high tech look works nicely with the lines of the 2015 models and I’ve come to really like the face of the high performance sedan.