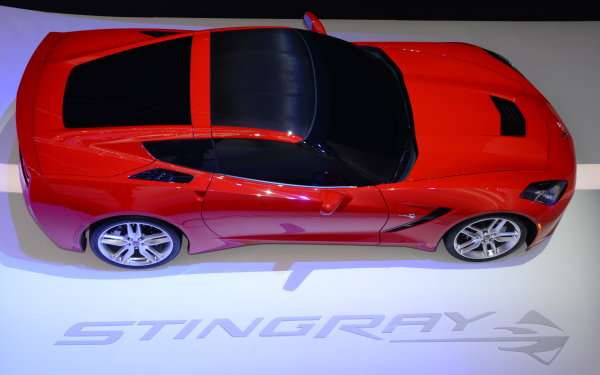 The 2014 Chevrolet Corvette Stingray has proven to be a total success and thanks to the wonders of the internet and a quick-thinking TorqueNews reader, we have a broad look at the most popular options, colors and other production figures for the 2014 Corvette.
Advertisement

The full 2014 Chevrolet Corvette Stingray production information first surfaced a few days ago via the National Corvette Museum website, but it was quickly removed before I had a chance to cover it then. Fortunately, while speaking with a regular TorqueNews reader about the new Corvette, these production numbers came up and he mentioned that he had saved the figures when they first appeared online so to reader “Mad Max” – I thank you for the assistance.

Basic Configuration Specs for the 2014 Corvette
First, we will look at the basic configuration specs for the 2014 Chevrolet Corvette Stingray. For the 2014 model year, General Motors built and sold 37,288 new Corvettes and of those, 10,739 were convertibles. 24,088 examples of the 2014 Corvette were fitted with the 6-speed automatic transmission while just 13,140 were equipped with the 7-speed manual transmission. 21,105 of the 2014 C7 Stingrays featured the high performance Z51 package, accounting for a very impressive take rate of about 57%. 93%, or about 34,678 Corvettes were equipped with the standard GT seats while the other 7% had the sportier Competition seats.

When buyers went shopping for a 2014 Chevrolet Corvette Stingray convertible, the black top proved to be the most popular by a margin of almost 4 to 1 over the next most popular option. 8,054 2014 Corvette convertibles had the black top while 2,088 picked the Kalahari (beige) skin. The gray and blue tops were well behind the others, with just 373 gray and 224 blue tops sold during the 2014 model year.

Most Popular Colors for the 2014 Corvette
The 2014 Chevrolet Corvette Stingray was offered in ten very attractive colors, but it should come as no surprise that Torch Red was the most popular color option for the 2014 model year. Black and whites are generally top picks among all American-sold vehicles so as expected, those were both towards the top of the list behind only Torch Red. What did surprise me was that Cyber Gray took the fourth spot, beating Laguna Blue, Crystal Red and Velocity Yellow while Blade Silver, Night Race Blue and Lime Rock Green rounded out the list. The full list with sales figures is available below.

On the inside, the most popular interior layout for the 2014 Corvette Stingray was by far the Jet Black leather package, with 14,580 models equipped with that pattern. With the exception of the brownstone leather, the leather interior packages all did better than their sueded counterparts and you can see the full list of interior colors and their sales figures below.

Wheels and Brake Caliper Choices
The 2014 Chevrolet Corvette Stingray was offered with an impressive collection of both wheel choices and brake caliper choices. In the wheel category, it was a close battle between the standard chrome wheels and the same design in black, but chrome took the win by a margin of 10,291 to 10,142. The Z51 chrome wheels were the third most popular with 7,197 sets sold and the standard design silver wheels were fourth with 4,586 fitments for 2014. Finally, the 2,834 new 2014 Corvettes were sporting the sterling silver Z51 wheels while the machined face standard wheels proved to be the least popular, with just 1,156 new Corvettes getting those rollers at the factory.

Finally, buyers of the 2014 Corvette Stingray got to pick between four different colors for their brake calipers and, in expected form, red was comfortably the most popular with 16,258 units sold. The full list of caliper colors as is follows: