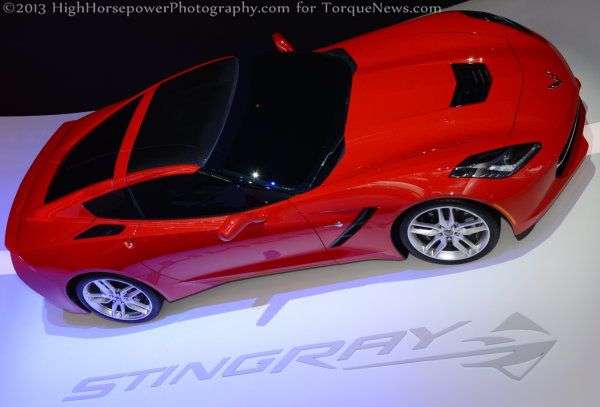 After first making the 2014 Chevrolet Corvette Stingray available to only about 30% of dealerships around the country, General Motors has officially opened up the ordering process to all of the 3,000+ dealerships around the United States – although those dealers who want to sell the new Stingray still need to jump through the same hoops as those who have been selling the C7 for the past few months.
Advertisement

General Motors knew that the 2014 Chevrolet Corvette Stingray Coupe was going to face some incredible demand when it first became available for purchase around the country and the company also knew that early demand was going to be hard to meet. To help make sure that the company could get as many 2014 Corvette coupes into the hands of consumers around the country, GM placed some fairly stringent requirements for dealerships who wanted to sell the new Corvette.

The early allotment process put an emphasis on those dealerships which have historically sold the most Corvettes and only dealerships which sold at least 4 Corvettes during the 2012 calendar year were permitted to apply for the right to sell the first batch of C7 Corvette Coupes. Once a dealership had been approved based on past sales numbers, it was required to send at least one sales team member to Spring Mountain Motorsports Ranch in Pahrump Nevada for a detailed training program which included plenty of on-track experience behind the wheel of the new Corvette.

That program costs $2,000 per person before any travel or hotel expenses so there is a considerate financial commitment required of those dealerships who want to see the 2014 Corvette.

All said and done, about 900 of the 3,000+ Chevrolet dealerships around the country were approved to sell the 2014 Corvette Stingray – meaning that just 30% of the nation’s Chevy dealerships were permitted to order a Corvette when they officially went on sale in September. The advantage to this move is that there are very few Corvettes sitting at dealerships with no demand to purchase them so none of the early 2014 Stingrays are “going to waste” as showroom décor but the downside to this procedure is that there are a great many areas in which prospective buyers cannot go to their local Chevrolet dealership to buy a new Corvette.

General Motors is quick to point out that there was no point in the country that was very far from a Corvette-approved dealership but if you want to order a C7 Stingray would you rather to go the dealership 20 minutes from your house or three hours from your house?

However, as we are now 4 months or so into the sales life of the 2014 Chevrolet Corvette Stingray Coupe, General Motors has opened up the ordering process to all dealerships around the US. This means that all of the 3,000+ Chevy dealers around the country can now get a new Corvette to look pretty on the showroom floor but while these lower volume dealers are exempt from the sales requirement – they are still required to send at least one team member to the $2,000 training exercises in Nevada.

So if you live in an area where there are very few Corvettes and your local dealership has been without the 2014 Stingray since the September dealer launch, that could soon change. While the $2,000 training program might deter some dealerships from applying to sell the new Corvette, there is a good chance that more and more small dealerships around the country will soon have a gorgeous new C7 serving as the centerpiece of their showroom display.