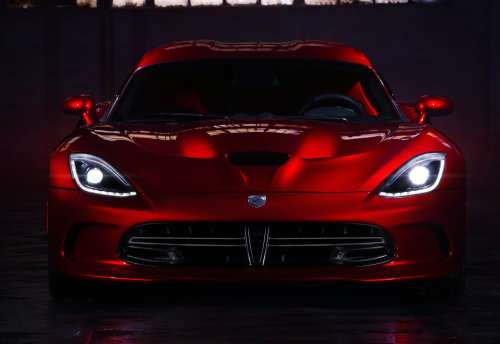 2013 SRT Viper dealer allocation to be more exclusive than expected

TorqueNews reported a few weeks ago that when the 2013 SRT Viper begins hitting dealers, only 1 in 5 American Chrysler Group dealerships will earn the right to sell the new supercar but new information indicates that the number will actually be much lower – with as few as 100 of the 2,300 US dealerships offering the new Viper.
Advertisement

Production of the 2013 SRT Viper is set to begin in November at the company’s Conner Avenue plant in Detroit and the Chrysler Group expects that the first units should be in dealerships by Christmas time. We have known for some time that earning the right to sell the 2013 Viper will not be simple and although original estimates indicated that 1 in 5 US dealerships would have the Viper – SRT Group President Ralph Gilles has revealed some new numbers that could make it even more exclusive. According to the Detroit Free Press, Gilles expects that 100 to 150 dealerships around the country will be approved to sell the Viper which means that rather than 1 in 5, it will be closer to 1 in 23. Should that be the case, we can expect a great many US dealerships left without the opportunity to sell the Viper.

While this is disappointing news for some dealerships, the allocation process for the 2013 SRT Viper will be as expensive as it is excusive. Reports indicate that dealerships interested in selling the Viper will have to pony up $5,000 in exchange for special SRT signage, specific training for dealing with the SRT lineup and a full day of track time with driving instructors for three members of the dealership staff. This training and track time should help insure that the dealership has employees who know as much as possible about the SRT lineup including how well the new Viper handles itself on the track. Based on this, we can expect that there will be some very happy top salesmen at the 100-150 Chrysler Group dealerships chosen to sell the Viper. After that initial $5,000, chosen dealerships will then have to invest another $20,000 for more interior and exterior signage, a special showroom package to help feature the 2013 Viper and more comprehensive training with SRT engineers.

Chrysler has stated that they want prospective 2013 SRT Viper buyers to have an engaging, informed experience when going to purchase their new supercar and the requirements/training involved in earning the right to sell the Viper should help guarantee a good experience for supercar shoppers.

In addition to being able to cut a couple large checks, dealerships who are interested in selling the 2013 SRT Viper will have to show that they are in areas with a higher demand for high performance vehicles. The size of the area in which a dealership is situated and the average local income with also play a big part in helping Chrysler decide which of their 2,300 dealers will get to sell the Viper. The company has also said in the past that a dealership’s past success with selling SRT products and the older Dodge Viper SRT models will play a part in allocation consideration.

Even once a dealership has been selected to sell the 2013 SRT Viper, allocation numbers for those lucky dealers will still be fairly low. Chrysler expects to build around 2,000 examples of the Viper for each model year which amounts to an average of just 13 units per year if 150 dealerships are chosen. Considering the fact that the chosen dealerships are expected to be the ones who can sell the most Vipers, there will still be dealerships who cannot get enough units to meet the demand. Gilles told the Detroit Free Press that the company has received more orders than they will be able to build in the upcoming model year.

Based on that bit of news, if you have the 100k sitting around that is needed to buy a 2013 SRT Viper, you should start contacting local dealerships right away if you hope to get a new Mopar supercar in a reasonable amount of time. In theory, the limited availability of the new Viper should help the other SRT products as some prospective buyers who are unable to get a Viper could turn to one of the other ultra high performance models including the Jeep Grand Cherokee SRT8, the Dodge Charger SRT8, the Dodge Challenger SRT8, the Chrysler 300C SRT8 and the upcoming SRT variant of the sporty Dodge Dart.

Tesla Contemplates A New Strategy for China Retail even As Sales Boom
Jay Leno on Elon Musk & EVs: “I Think He Should Get ... Credit"
END_OF_DOCUMENT_TOKEN_TO_BE_REPLACED