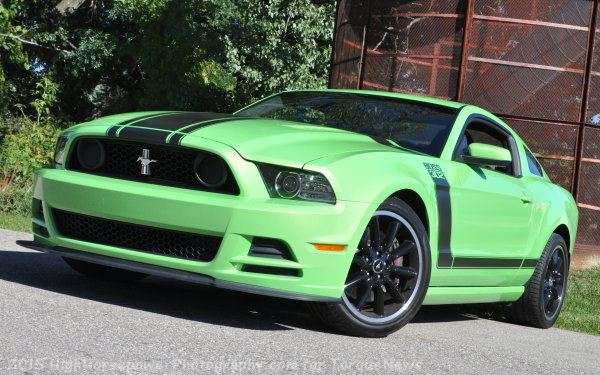 More and more vehicles are joining the long Takata airbag recall list and the latest is the Ford Mustang from the 2005 through 2014 model years – effectively recalling the entire previous generation pony car for the same problem that is hammering over a million vehicles from multiple automakers.
Advertisement

For those who are unaware, automotive airbag supplier Takata is in hot water, as it has been discovered that their products are failing to severely that people are being maimed and killed. The problem first surfaced on select vehicles from Honda, but soon spread to other vehicles from other companies. Early on, only vehicles in certain regions were included, but as more information on the low qualify Takata airbag components have surfaced – companies have continued to expand the reach of this recall.

The newest batch of additions to the Takata airbag inflator strikes the Ford Mustang, with every pony car built for the 2005 through 2014 model years being called back for repairs. Based on historical model year sales figures for that period of time, the Mustang recall affects around 1.123 million cars.

The Takata Inflator Recall
In the Ford Mustang and the rest of the millions of vehicles included in the Takata recall, there is a component in the inflator system that can fracture when the airbag deploys. As a result, when the airbag opens, there could be pieces of metal shrapnel moving at the same incredible speeds and with the proximity to the driver, it is very likely that these sharp, high velocity pieces of metal can do serious damage. Ford is only aware of one injury that could be related to the Takata recall problems, but there have been scores of injuries and some deaths reported from vehicles made by other automakers.

When this recall first began making its rounds through the automakers, it focused specifically on vehicles in states with high humidity levels. The belief was that the airbag components were fracturing due to corrosion caused by the moisture in the air, so only vehicles that had spent time in select areas (Florida, Hawaii, etc.) were included. For instance, Dodge Ram pickups were recalled, but only if they had been registered in the damp areas. A short time later, the recall for the Dodge trucks was expanded to all of these trucks with the Takata airbag inflator.

At this point, companies are no longer issuing geographic recalls so unlike the Dodge Ram, the entire Ford Mustang production run from 2005-2014 will be called back to replace the troublesome Takata components.

The Bigger Problem
Takata has been a major supplier of airbag inflators for many automakers so in learning that their components are junk, millions of vehicles are being recalled. Because of this incredibly high number of vehicles with the same problematic component, the parts needed to fix the recall issue are currently very hard to come by. For instance, I own one of the Dodge Ram trucks with the Takata inflator and I have been waiting for the repair parts for months now.

With millions of vehicles included in this Ford airbag inflator recall, there is a good chance that the new components for the Mustang recall fix will be just as limited as they are for other automakers.