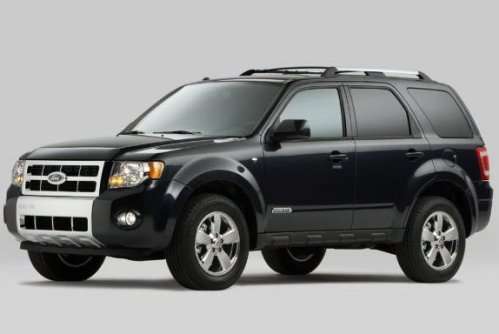 The National Highway Traffic Safety Administration has launched a preliminary investigation into the previous generation of the Ford Escape after receiving a defect petition from the North Carolina Consumers Council alleging that these popular sport utility vehicles could be prone to stalling or surging while being driven.
Advertisement

The early stages of this new investigation relate specifically to Ford Escape models from the 2005 through 2012 model year with a total of 1.6 million SUVs possibly affected by the process. According to the North Carolina Consumers Council (NCCC), these vehicles are equipped with an electronic throttle body system that could fail – causing the engine to either surge or stall in the right situations.

The NCCC issued this call for action after receiving two complaints from area consumers who had problems with their 2009 Ford Escape intermittently stalling when cruising at highway speeds or when sitting when stopped as well as a problem with the engine surging when accelerating away from a stop. These two reports explained that the problem became severe enough that the driver was operating the vehicle with one foot on the brake and one foot on the gas to keep the car going forward (and not stalling) while also prevent it from surging forward. The driver also had to keep applying the gas when stopped to keep the vehicle from stalling. In both of these filings with the NCCC, the vehicle had a check engine light illuminated and when the codes were pulled by a mechanic, the result was a trouble code of P2111 and P2112 – indicating that the electronic throttle actuator control system was stuck open (P2111) and closed (P2112). Also, both drivers reported that there had been no problems or warnings leading up to these engine issues.

“This is obviously a very dangerous and rapidly growing issue that needs to be addressed immediately (with the Ford Escape),” said NCCC President Sandra Bullock. “With consumers now holding both the brake and gas pedals simultaneously, it’s only a matter of time before a driver inadvertently pushes the wrong pedal, resulting in unintended movement. We trust that the NHTSA will investigate and take the necessary steps to remedy the problem as quickly as possible.”

The NCCC states that similar complaints were filed on the NHTSA website between November 2011 and August 2012 for 2009 model year Escape SUVs along with other complaints about the throttle “sticking” or the throttle body failing and requiring replacement.

The preliminary investigation of the 2005-2012 Escape is the first in the National Highway Traffic Safety Administration’s process of making sure that the vehicles sold in this country are as safe as they should be. Should the NHTSA find that there is indeed a problem with either the powertrain control module or the throttle body that is causing sporadic stalling and surging, the feds could move to the next phase – the engineering analysis. That is the final step before ordering that Ford issues a recall of the vehicles in question but a great many investigations and engineering analyses are closed without any further action being requested.

TorqueNews will continue covering the new Ford Escape throttle investigation – bringing you any news as it becomes available.