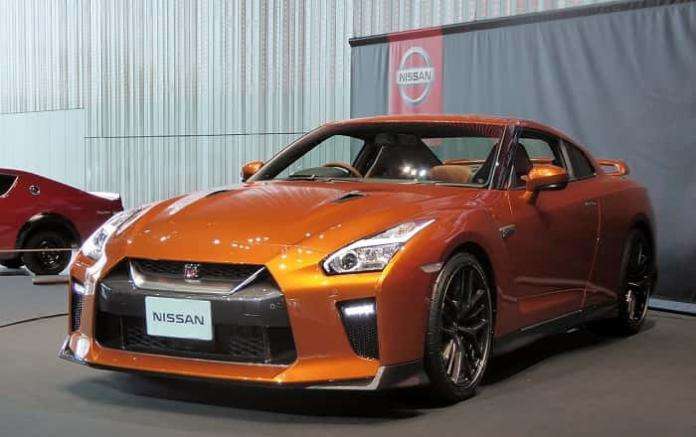 Why Nissan GT-R Is So Loved and Hyped

"I am a Nissan fanboy, but I don't understand why the Nissan GT-R is so hyped. Personally, I prefer the Z-cars (240z and Z32). Is it because of the Fast and the Furious franchise? Because, I see all these GT-Rs that are 500+ bhp and honestly, no one needs that much power," asked one Nissan fun today on Reddit generating these interesting responces from fellow GT-R fans.
Advertisement

User Spudtato18 agrees that the Nissan GT-R is overrated, but brings 5 reasons why the car is popular among many drivers.

The GT-R lineage dates back to the '60s, and it was more or less a sporty rear-wheel drive car that led Datsun to the right formula required for an affordable, fuel efficient and reliable fun car.

In the late '80s as all-wheel drive cars started to get more refined, the R32 model had acquired this, coupled with the (in)famous RB25, followed by the RB26. Both engines are Very tune happy, superbly reliable for the power they handle, and the sound.

The RB engine was designed more-or-less as a racing project and for these reasons, combined with a large history of winning races it was "under-classed" in. Fun fact; Nissan was banned from using the R32 for a couple years due to the "technological advancements not yet acquired by other manufacturers" and they ended up de-tuning the racing engines, but still won often.
It is an over-rated car no doubt, but it has strong roots. There are some factors other than the history that make these cars popular.
The importation laws require the said car to be 10-15 years old depending on location. The R32-34 are all able to be "shipped over" now.

I do agree that not everyone needs 500 HP, but some people do use it. This vehicle is designed to compete with cars worth twice as much, as it always has been with the GT-R.

Since this is Nissan's halo car, you could argue it is getting dated now, as Chrysler has the 700 HP "Hellcat" amongst other companies offering large power.

I own a '90 S13 240SX, and before that I had an '04 Frontier and '08 Frontier respectively. Always wanted an R chassis myself but yes, I do agree it has gotten a little out of hand, in terms of the hype.

No One Needs That Much Power

User k31advice96 comments that "Nobody needs that much power" is always a terrible argument without qualification.

"The C10 Skyline GT-R had an absurd engine for its time. It sounds like nothing special now but keep in mind that at the time the Corvette in 1970 had maybe 64 HP/L while the S20 engine pumped out 80 HP/L. It was like the Honda F20C with how much power it extracted out of a tiny displacement. The engine was basically straight out of an R380 race car that competed directly with the very best of Porsche and then they dropped it in a Skyline and took it racing.

"That car was the C10 Skyline GT-R and it completely dominated Japan's touring car racing. And then Nissan produced a homologated version for mass production. Touring car racing at the time was not some absurd thing that had no bearing on the actual car so you can see how GT-R fans became a thing there.

"The next generation that really left an impression was the R32 GT-R. Again, the story was very much the same. The RB26DETT was purpose built for racing, the 2.6L displacement specifically chosen to give it the best chance of beating the competition. The R32 GT-R dominated touring car racing, and the production model version was almost the exact same thing with some extra luxuries. If you decided to build the engine without regard for emissions or everyday driveability it's entirely possible to get up to the 650HP that some of the race cars got to.

"But are these cars overrated? Yes. They are not the fastest, wildest things out there. But there is more to the Nissan GT-R than having that status."

Don't miss these 2 Things the 2017 Nissan GT-R and Usain Bolt Have in Common [Video].