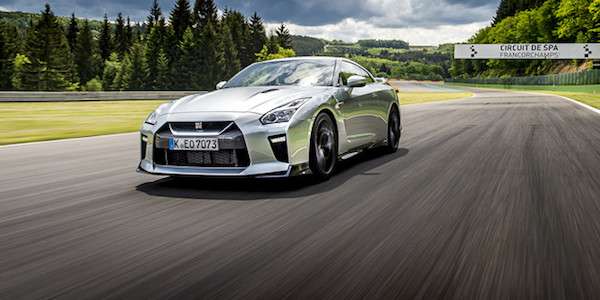 The new 2017 Nissan GT-R will go fast and drop slow in value. It gets the top residual value award from ALG.
Advertisement

The 2017 Nissan GT-R is already an expensive premium sports car, but it won’t drop in value as much as others. With a starting price tag of $109,990, it doesn’t come cheap, but owners can take comfort in the fact it won’t drop in price quickly. According to ALG, in the premium sports car segment, the 2017 GT-R will retain it’s value better than all other high-performance sports cars. For 2017, GT-R got a huge bump in price, but it gets lots of improvements over the outgoing model.

With its 600-horsepower turbocharged 3.8-liter V6 high-performance engine it’s a top performer on the track. Now it’s recognized for doing something slow. The annual ALG Residual Value Awards recognize vehicles in a range of segments that are forecast to retain the highest percentage of the original Manufacturer's Suggested Retail Price (MSRP) after a three-year ownership period.

Vehicle leasing is on the rise

ALG says depreciation is the single biggest expense of vehicle ownership. That’s if you trade the car in after 3 years which many sports car owners do now because they are leasing and not buying. Jim Nguyen, president of ALG says, “And with vehicle leasing on the rise, resale values have never been more important for both consumers and automakers.”

"We have always been proud of how GT-R delivers exceptional 'bang for the buck' in terms of pure performance-per-dollar," said Michael Bunce, vice president, Product Planning, Nissan North America, Inc. "The recognition by ALG adds another convincing reason why GT-R is a great choice, though we think all it really takes is to slip behind the steering wheel and push the engine start button.”

If you do buy, or more importantly lease, a new 2017 Nissan GT-R performance car, you can take comfort in the fact it won’t depreciate as fast as other premium sports cars. It will go fast and drop in price slow.