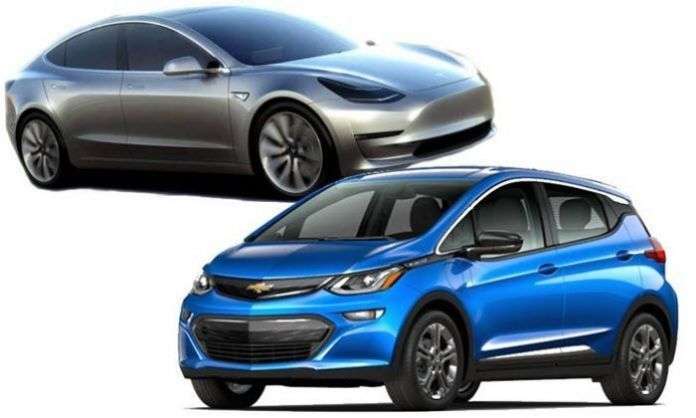 There has been a lot of discussion about the Electric Vehicle Tax Credit Bill, which will soon end the EV tax credit for Nissan Leaf, Tesla Model S, Model 3, Chevy Bolt and other EV buyers. What happens if it gets signed before the year end.
Advertisement

Today on GM Electric Vehicle Owners on Facebook I read this interesting discussion where current and potential EV owners were discussing the EV tax credit bill. In fact, it appears that the EV tax credit bill doesn't bother the electric car makers much. For example, Nissan is undaunted by bid to stop electric vehicle tax credits and Tesla is even seen benefiting with EV tax credit still in play.

In fact, Torque News reporter John Goreham asking if EV Subsidies make sense writes this: "If the goal is to increase sales and make EVs affordable to the average consumer the answer appears to be No."

Adam White writes in the GM EV owners group on Facebook. - I keep seeing posts that if you're planning to buy an EV do it before the end of the year so that you get your tax credit. But has anyone here talked to a tax adviser at all(or is a tax adviser)? Because my question would be what happens if the bill gets signed before year end? Trump has been pushing Congress to get him a bill by Christmas so that he can say that he gave the American people a Christmas present. If that happens does that mean the tax credit is repealed effective the day the bill is signed and thus anyone who bought a car in 2017 is SOL?

The Senate bill currently states that the EV tax credit repeal applies to tax years starting after 12/31/2017. Some people say they are hoping that the legislators will not touch this year's tax situation and show concern that legal precedent is that they can, up to midnight Dec 31.

Others, like a group member Daniel Hamilton write that until the bill passes in both Houses and the President signs it, it is impossible to know for certain what will happen. However, the current House bill specifically states that the EV Tax Credit will end at the end of this year (meaning it will still apply to purchases made in 2017 regardless of when it passes or when it is signed). The current Senate bill does not repeal the credit at all. It is unknown how yet how the House and Senate will resolve the differences between their bills. They can still make any adjustments they like.

We are thinking It will not affect 2017 tax year and there are no plans to touch 2017, as it wouldn't be good for midterm elections.

What do you think? Does this bill make you to buy an electric car before the end of the year? Please share your opinions below in the comments section for discussion. If you liked this article and think it may help your friends, consider sharing or tweeting it to your followers.

kent beuchert wrote on December 6, 2017 - 3:54pm Permalink
Tesla's Musk has saiid he doesn't want the tax creditds and with good reason : his company has exjausted its tax credits but virtuall all of his upcoming comeptitors have their entire 200,000 units still at play. That would provide them with a $7500 price advantage over Tesla. Considering the fact that by then the CCS fast charge network will be in play and with Porsche's 350KW recharge prottocl, they can also recharge more than twice as fast as Tesla and almost certainly their EVs will have better performance , since that esentially costs almost nothing. Tesla should be praying that the tax crdit is not extended.
John Condon wrote on December 6, 2017 - 7:13pm Permalink
My wife and I have a 2013 Leaf which has fit our needs very well. We’ve extended our lease twice specifically to wait for the introduction of the next generation leaf, which will now become available in n January of 2018. If the $7500 tax credit is repealed we will definitely reconsider whether to still lease the new car vs a cheaper conventional engine car, something we would strongly regret. I’m sure others in a similar situation which face this same quandary.
JP White wrote on December 11, 2017 - 6:20pm Permalink
It seems unlikely that 2017 tax credits would be affected, especially since the language in the bill mentions after 12/31/2017. If the bill passes say February next year, it will most likely be retroactive to 1/1/2018 and the entire 2018 tax year will not include the credit. And then there's the chance the bill in its current form won't pass and will be modified at which point all bets are off. Unlikely looks like it will pass sooner or later.