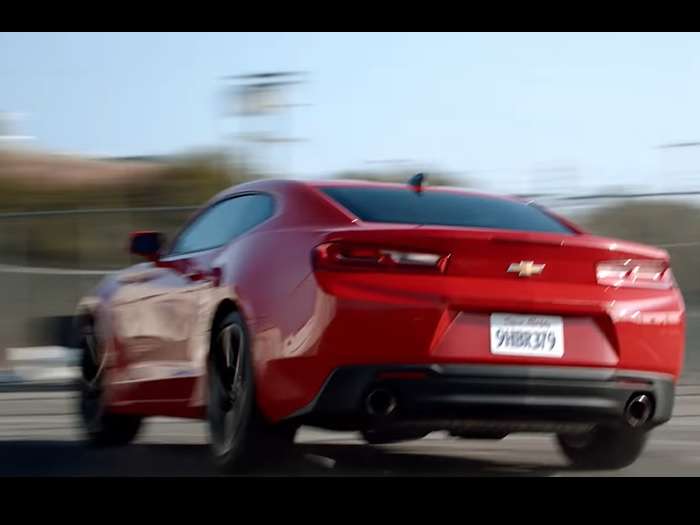 Chevy Camaro fans say this new ad is a welcomed change from the real people. Here is why some people love it, while others don't.
Advertisement

This is probably one of the best car ads and I think Chevy has done a great job with this new Camaro ad. Camaro enthusiasts and owners say this is much better than the “real people not actors” commercials that we are used to seeing.

Note how at 0:46 it clearly shows a a professional driver on a closed track".Camaro is such a beautiful Car.

Proponents of the ad say it's been years since they have enjoyed a Chevy commercial, let alone since one actually left them smiling. "Well done, WCCCC; the change of tone is very much noted and appreciated, wrote one Camaro enthusiast on Reddit.

I like this ad. I think advertising a community is cool thing to do. I like how they let the V6 do some talking too. Some Camaro enthusiasts, welcoming this ad on Reddit, say "it's nice to see something rival the Dodge commercials."

"Well done Chevy. For the entire duration of the ad I wanted a Camaro, which is the first time I've thought that in a long time. It's not amazing, but certainly a good start coming off the "real people" ads," wrote another supporter of this Camaro ad.

"Wow, this is one the best Chevy ads I've seen in a while. Personally I think car companies should be selling you the soul of the car. What makes it "good" so to speak. The community, horsepower, fun, etc. While the "real people" ads may have technically appealed to more people, at the end of the day, when I'm looking for a new car, I want an ad that sells me on the car. Not just "oh it won SO many awards" or "hey look at this new marketing jargon we threw into our ad" or "hey we're going to ask a generic question about best performing car in x category in y years. Guess what company. OH IT'S CHEVY" Anyways tho, mini rant aside, I'm very glad that they consulted an actual car club and really captured the feeling of people/communities who enjoy and love the cars they drive," wrote another user.

But opponents of this ad say there is no substance in it.

"Endless quick cuts, no substance, no real emotion from it. It's a better ad, but it's still not a good ad. Look at all the classic, famous car ads, they tell a story, convey passion and usually feature longer cuts that let you get invested in even a 30 second spot," writes one Camaro fun in the Reddit discussion, mentioned above.

I kind of agree. In this ad there is action, there is community, but I don't see any real substance. I am not a big fan of the quick cuts, really.

By the way, this Camaro commercial reminds me of the Scion United commercial.

Now if Chevy could reduce the Camaro prices by few thousand dollars, it could probably greatly improve the sales, as several people in this story say it's the high prices that Ford sells more Mustangs than GM Camaros.

Do you like this ad? Please tell us what you think in the comments section below.

LG's New EV Battery Plant Is a Welcome News for Tesla
Tesla Giga Berlin's New Hurdle: It's Not Only the Gov't, but Now Tesla Itself
END_OF_DOCUMENT_TOKEN_TO_BE_REPLACED