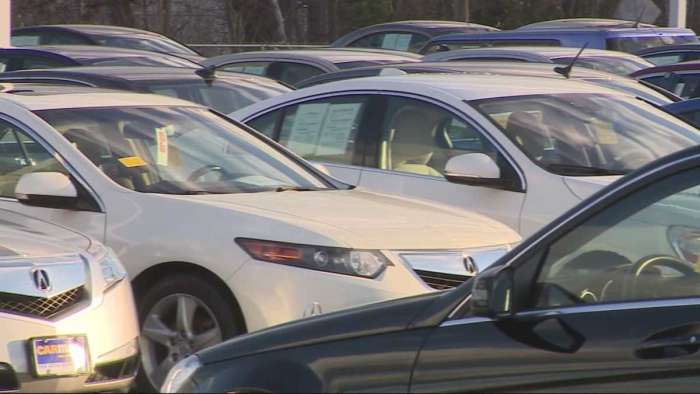 The Used Car Buying Rule: Things You Need to Do When Buying a Used Car

Buying a used car has its rules. In order to protect yourself, you need to know and do certain things before purchasing a used car. Ilan Kaps, an automotive journalist sent this story to Torque News in which he is proposing a guide and the these safety measures that people need to take when buying a used car.
Advertisement

Take These Safety Measures When Buying A Used Car

There’s a reason the term “used car salesman” has become synonymous with conman. It is incredibly unfair to the many brilliant salespeople who routinely provide customers with great deals and excellent service. But it comes from a real place nonetheless. When buying a used car, you are largely relying on the account of the person selling it to you. Some people purposely mislead buyers on the state of the car or try to get far more than it is worth.

So, how do you protect yourself when buying a used car? You can run a background check before you buy, among other useful safety measures.

Buy a used car from a trusted source

Ideally, the person or outlet you're buying from has positive testimonials from many previous customers. These customers bought the car a while back, and after extensive use have ascertained that they really did get a good deal.

People who have had a good experience when buying a used car are generally effusive in their praise. They will speak highly of the individual or company’s honesty, in addition to their happiness with the car itself. However, Torque News editor Armen Hareyan, did indeed have a good experience in buying his used Toyota Prius from Carmax.

Be careful to note the negative reviews, even if there are only a couple of them. They can bring into question the validity of the positive reviews, and you should definitely research further, ideally by contacting the writers of the reviews if possible.

Of course, the best deals often don’t come from seasoned salespeople or used car lots. On the contrary, you might find an individual seller with a deal that is hard to refuse. This person may be selling their car because they are moving out of town. Maybe they cannot afford it any longer. You can end up with a gem at a low price, simply because the person wants to sell quickly.

However, they might also be selling because the car has caused them problems in the past. Furthermore, it is all-too-possible that the car came into their possession illegally. Buying a stolen car is the worst case scenario, and you must do all in your power to avoid it.

Running a background check on the person is a good way to get an idea of who they are. If they have a criminal record, that will come up. This does not mean they have done anything illegal to acquire the car, but it should give you pause. Don’t hesitate to ask about this. It may be uncomfortable, but it is better than going in blind.

You will also get an idea of who they are from their online presence, including other listings they may have posted in the past. If they have a history of selling used cars or other assets, you can try finding out from the buyers whether there were any problems.

Ultimately, buying a second-hand car can be ideal. You get a far better deal than you would on a brand new vehicle. As long as you take care in who you buy from and do your due diligence, you can be confident you are making the right choice.

DeanMcManis wrote on August 20, 2019 - 4:31pm Permalink
That's good advice. A couple other points are to look online on EBay and Autotrader and other online car resellers to see what the price range is for that particular brand, model, year, color, options, condition, mileage, and region. Metropolitan areas have MANY cars, so you will often see very competitive prices there, but also there are more high mileage vehicles from commuters. But the other side of that coin is that rural or suburban regions may offer a better price to attract buyers from the big cities. Even though it costs some money to do a background/title/vehicle history check, it's probably the best investment compared with finding problems later. Branded titles are fairly common, meaning that the vehicle was in some sort of accident or situation. There are currently over 500,000 flood vehicles out there, and many of them were shipped right away out of the flood areas to sell throughout the country. But like accident vehicles they could have been properly repaired, or not. if the seller is not disclosing the damage then that is usually a red flag that they are dishonest. I have bought both flood vehicles and salvage title vehicles, and if you know a lot about fixing cars they can be a deal, but there can be surprises that far outweigh the savings. Also as mentioned it is a good plan when possible to have the car inspected by a experienced mechanic. Low mileage for the year can be good or bad. Sometimes it is just that the owner didn't drive much, but often times it is because the vehicle was in an accident and was therefore undriven for years. Repainting and customization can also be good or bad. Either someone wanted to make their car special and unique, or the car NEEDED paint and new parts.